Directions (1-5): Study the information carefully and answer the questions given below.
Eight persons J, K, L, M, N, O, P and Q are sitting in a linear row some of them facing towards the north and some of them facing towards south but not necessary in the same order. Not more than two consecutive persons face same direction.
N sits second to the right of J. Q sits second to the left of N. Two persons sit between Q and P. More than three persons sit between L and O. The persons sit on extreme ends face opposite direction to each other. M sits second to the right of P. N is not immediate neighbor of M, who sits third from one of the extreme ends of row. O is not immediate neighbor of N and M. O face south direction. J sits immediate right of M. L face opposite direction to Q.

Q8. If all the letters in the word DELIGHT are arranged in alphabetical order from left to right in such a way that vowels are arranged first followed by consonants, then how many letters are there in between D and L after the arrangement?
(a) two
(b) one
(c) none
(d) three
(e) four

Q11. Statements:
Some Apple are mango
No mango is blood
Only Blood is Heart
Conclusion:
I. Some Heart is not Mango
II. All blood can be Apple

Q12. Statements:
Only a few Queue is long
Some Long are Short
Some Short is Bottle
Conclusion:
I. All Long can be Short
II. All queue can be Long

Q13. Statements:
All arrogant are table
Some table are tree
All tree are parrot
Conclusion:
I. All tree are arrogant
II. Some tree are not arrogant

Q14. Statements:
No house is luxury
Some luxury is car
Only car is Scooter
Conclusions:
I. Some scooter can be car
II. Some car is not house

Q15. Statements:
All black are white
Some black are green
Only a few Green are Yellow
Conclusions:
I. All green can be white
II. Some yellow can be black 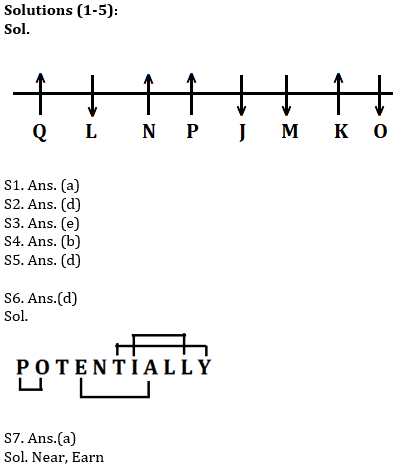 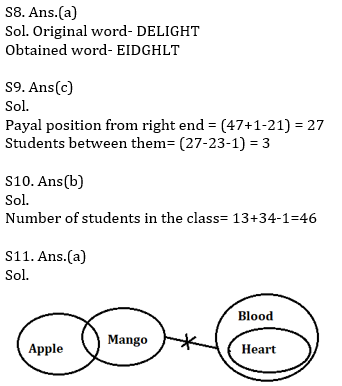 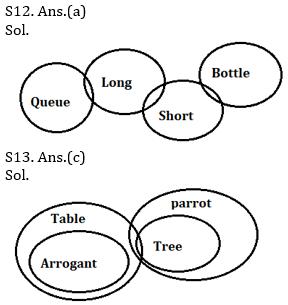 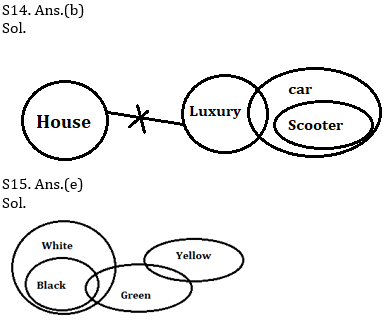