Directions (1-5): Study the information carefully and answer the questions given below.
Eight persons A, B, C, D, E, F, G, H are sitting around a circular table facing towards the center. They sell different stationery items i.e. paper, cutter, whitener, eraser, pen, marker, highlighter, sticker but not necessarily in the same order.
The one who sells cutter is not neighbor of the one who sells highlighter. F is not neighbor of G. Only one person sits between the seller of paper and cutter, when counted from the right of the seller of paper. The sellers of pen and marker face each other. C sells stickers. B sells eraser and sits 2nd to the right of A. F faces E. The one who sells highlighter is 2nd to the right of the one who sells marker. The sellers of whitener and cutter face each other. Not more than one person sits between eraser and marker. D sits immediate right of A. H sits opposite to the one who sells eraser. H is immediate right of C.

Q3. Which of the following products is sold by G?
(a) marker
(b) cutter
(c) eraser
(d) highlighter
(e) none of these

Q6. Statements:
Some Tom are Jerry
All Jerry are Cat
All cat are Animal
Conclusions:
I: Some Tom are not Animals
II: All Tom are animals

Q7. Statements:
Some Boy are Cricketer
All Cricketer are Batsman
No Boy is Bowler
Conclusions:
I: Some Cricketer is not bowler
II: All Batsman can never be bowler

Q8. Statements:
All coffee are summer
Some tea is coffee
Some summer are cold
Conclusions:
I. All tea being cold is a possibility
II. Some coffee are definitely not cold.

Q10. Statements:
All soil are plant
No earth is plant
All earth are water
Conclusions:
I. Some plant is water is a possibility
II. No water is soil

Directions (11-14): Study the following questions and answering the questions referring to the word sequence given below:
MEF THY JFG KSY NOE RXB

Q11. When first and second letter of each word is interchanged, then how many meaning full word will be formed ?
(a) Three
(b) Two
(c ) One
(d) Five
(e ) None of these

Q13. If words are arranged according to the alphabetical series from left to right, which word is third from the right end?
(a) MEF
(b) KSY
(c) JFG
(d) THY
(e) NOE

Q14. If each letter in the each word is arranged according to the alphabetical series from left to right, and then first and second letter are interchanged in each word then how many meaning full word will be formed?
(a) One
(b) Two
(c) None
(d) More than three
(e) None of these 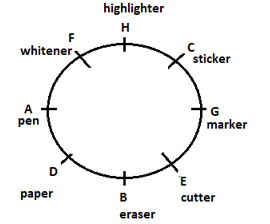 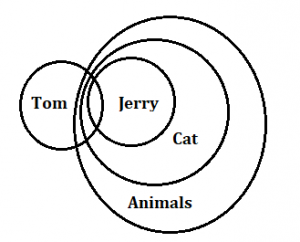 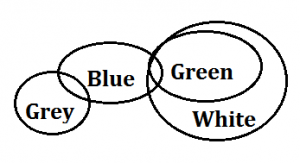