Directions (1-5): Study the information carefully and answer the questions given below.
Eight friends J, K, L, M, N, O, P and Q are sitting around a square table in such a way that four of them sit at four corners of the square while the other four sit in the middle of each sides. The ones who sit at the four corners face towards the center while those who sit in the middle of the sides face outside (but not necessarily in the same order).
K sits second to the right of P. The one who sits opposite to K sits immediate left of L. Q sits third to the right of J. M and N sits opposite to each other. Not more than one person sit between M and Q when counted to the left of Q. O does not face outside the center.

Directions (6-10): Study the following series and answer the questions referring to the word sequence given below:

Q6. If words are arranged according to the alphabetical series from left to right, then which word is third from the left end?
(a) UGJ
(b) IMX
(c) KQZ
(d) MJK
(e) None of these

Q7. If each letter in each of the word is arranged according to the alphabetical series, then which is the 2nd letter of the word, which is fourth from the left end?
(a) Y
(b) X
(c) M
(d) I
(e) None of these

Q8. If each vowel of each word is changed to its next letter according to the alphabetical series, then How many meaningful words will be formed?
(a) Two
(b) None
(c) One
(d) Three
(e) None of these

Q9. If each consonant of each word is changed to its previous letter according to the alphabetical series, then How many words will be there which contains at least one vowels?
(a) Two
(b) None
(c) Three
(d) Four
(e) None of these

Q10. If first and second letter of each word are interchanged with each other, then how many meaning words will be formed?
(a) Two
(b) None
(c) One
(d) Three
(e) None of these

Q11. How many pairs of letters are there in the word “HIGHLIGHT” each of which have as many letters between them (both forward and backward direction) in the word as they have between them in the English alphabetical series?
(a) Four
(b) Five
(c) Three
(d) More than Five
(e) None

Q12. How many meaningful words can be formed using 1st, 3rd, 6th and 8th letters of the word “ECONOMIC” using each letter only once in each word?
(a) One
(b) Two
(c) Three
(d) More than Three
(e) None

Q13. If all the letters in the word “REVOLUTION” are arranged in alphabetical order from left to right in such a way that consonants are arranged first followed by vowels, then how many letters are there in between N and U after the arrangement?
(a) Six
(b) Five
(c) Seven
(d) Three
(e) None

Directions (14-15): In these questions, relationship between different elements is shown in the statements. The statements are followed by conclusions. Study the conclusions based on the given statements and select the appropriate answer. Give answer- 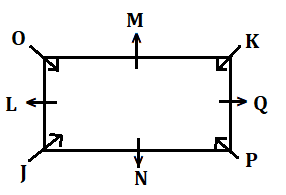