Directions (1-5): Study the following information carefully and answer the question given below-
Eight persons are sitting around a circular table. Four of them faces towards centre while the rest of them faces opposite to centre. Each of them was born in a different month of the same year starting from May to December but not necessarily in the same order. T was born in June. S who is the second youngest sits opposite to P. The persons who were born in October and July are sitting opposite to each other. R who was born in the month of September is an immediate neighbour of P. The person sitting third to the right of U was born in August. W is the youngest and sits opposite to T. V faces opposite direction of U. Both the immediate neighbours of P are facing towards the center. Q sits second to the right of T. T is sitting third to the right of S who faces outside. S is an immediate neighbour of Q. W faces towards the center. V is older than U. There is only one person sitting between S and U who is not immediate neighbor of T.
Q1. Who among the following born in November?
(a) R
(b) V
(c) U
(d) S
(e) None of these

Q3. V was born in which of the following month?
(a) August
(b) July
(c) September
(d)November
(e) None of these

Q14. President Obama has described climate change as one of the biggest challenges facing America and has said he is open to new ideas to address it. He can start by supporting legislation to increase the nation’s hydropower capacity, one of America’s-vital renewable energy resources. Producing electricity from the nation’s 80,000 dams can avoid million metric tons of carbon dioxide emissions each year.
All the following can be assumed from the above EXCEPT-
(a) Hydropower harnesses the force of flowing water to generate electricity.
(b) Many of the dams are not utilized for electricity generation in America.
(c) Hydropower doesn’t cause carbon dioxide emissions.
(d) All the dams in America are safe.
(e)None of these

Q15. A mobile phone manufacturing unit produces 5000 phones per month. The manager wants to ensure that the quality of the phone units is high. The manager, therefore, decides to reject 500 of the phones produced every month.
Which of the following points to an assumption behind the manager’s action?
(a) Going by their profit margins the company can afford to lose 10% of is output.
(b) The quality of the mobile phone is open to suspicion if all the products are accepted.
(c) The market standard for rejection rates is only 5%.
(d) Atleast 90% of the phones produced are of high quality.
(e)None of these 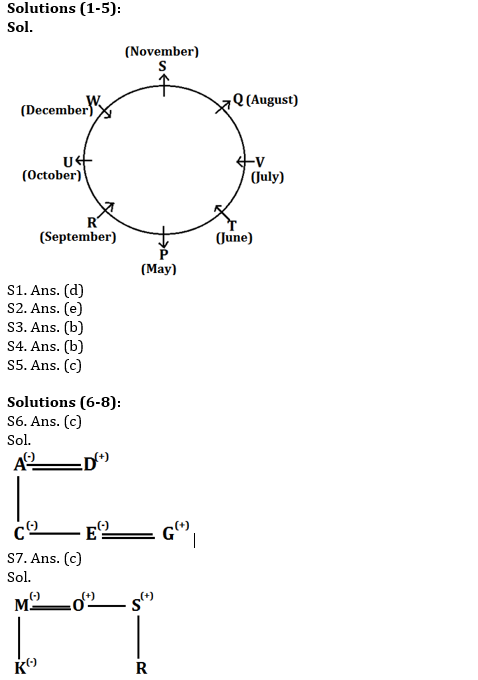 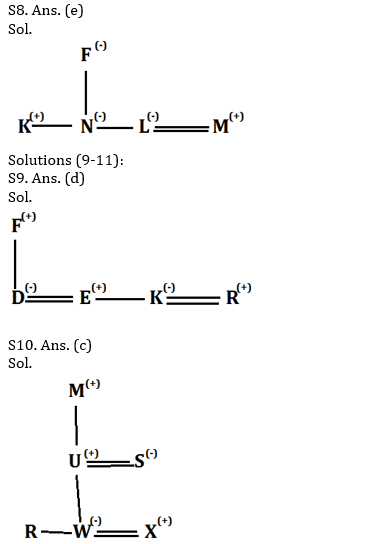 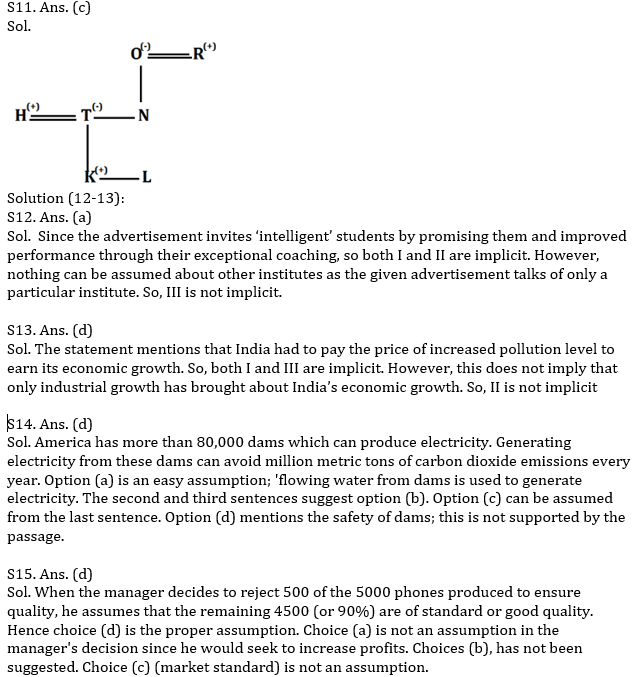