Q1. How many floors gap between E and G?

Q2. Which of the following color does B like?

Q3. Who among the following person lives on the top floor?

Q5. How many floor gaps between D and the one who likes Pink color?

Directions (6-10): Study the given information and answer the questions given below:

A word and number arrangement machine when given an input line of words and numbers rearranges them following a particular rule in each step. The following is an illustration of an input and rearrangement.

Step VI: is the last step of the rearrangement of the above input. As per the rules followed in the above steps, find out in each of the following questions the appropriate step for the given input.

Q6. In which step the elements ‟24 29 significant‟ found in the same order?

Q7. In step IV, which of the following words/numbers would be at 6th to the left of 3rd from the right end?

Q8. How many step required completing the above arrangement?

Q9. Which of the following would be the step V after arrangement?

Directions (11-13): In the following questions, the symbols ¥, #, ®, Ω and © are used with the following meaning as illustrated below-

‘PΩQ’ means ‘P is not smaller than Q’

Now in each of the following questions assuming the given statement to be true, find which of the three conclusions I, II and III given below them is/are definitely true and give your answer accordingly

(d) Only II and III are true

(c) Only III is true

(d) Only II and III are true

Which of the following is the reason for the above statement?

(a) Non-bank entities are unable to find sponsor banks of such ATMs in small towns.

(b) White label ATM (WLA) operators do not fall directly under banking regulations.

(c) High transaction fees are charged by the WLA entities.

(d) The operating cost in the cities is high.

(e) There is stiff competition in the market from public sector banks.

Q15. Statement: To tone up the bureaucratic apparatus and weed out officials of doubtful integrity and efficiency, the government has asked all its departments to identify such public servants and move proposals for their premature retirement.

Which of the following can be concluded from the above statement?

(a) There will be voluntary retirement for the person who skips the office for a long time.

(b) Only Government service is made for those who can perform.

(c) Negligence of work in the office will lead to premature retirement. (

d) Efficiency of the government service will increase. 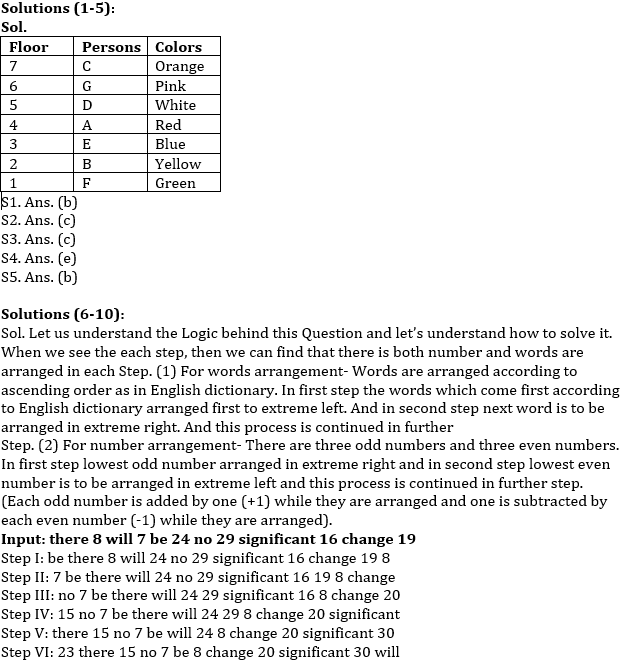 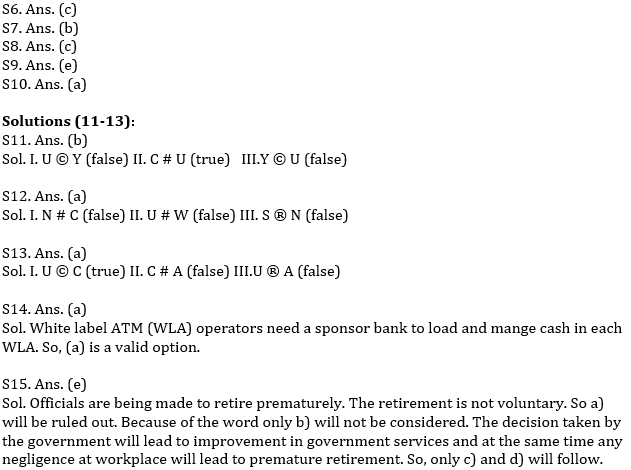