Q5. The one who was born in November lives on which of the following floors?
(a) Seventh floor
(b) Second floor
(c) Sixth floor
(d) Fifth floor
(e) None of these

Directions (6-8): Study the information carefully and answer the questions given below.
Seven members in a family there are three married couples. A is father of M and Father in law of K who is father in law of L who is wife of J whose mother is N. U is grandmother of L’s husband.

Q9. President Obama has described climate change as one of the biggest challenges facing America and has said he is open to new ideas to address it. He can start by supporting legislation to increase the nation’s hydropower capacity, one of America’s-vital renewable energy resources. Producing electricity from the nation’s 80,000 dams can avoid million metric tons of carbon dioxide emissions each year.
All the following can be assumed from the above EXCEPT-
(a) Hydropower harnesses the force of flowing water to generate electricity.
(b) Many of the dams are not utilized for electricity generation in America.
(c) Hydropower doesn’t cause carbon dioxide emissions.
(d) All the dams in America are safe.
(e)None of these

Q10. A mobile phone manufacturing unit produces 5000 phones per month. The manager wants to ensure that the quality of the phone units is high. The manager, therefore, decides to reject 500 of the phones produced every month.
Which of the following points to an assumption behind the manager’s action?
(a) Going by their profit margins the company can afford to lose 10% of is output.
(b) The quality of the mobile phone is open to suspicion if all the products are accepted.
(c) The market standard for rejection rates is only 5%.
(d) Atleast 90% of the phones produced are of high quality.
(e)None of these 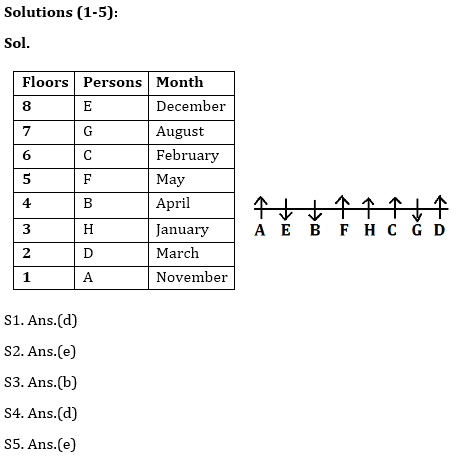 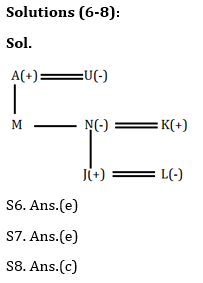 S9. Ans.(d)
Sol. America has more than 80,000 dams which can produce electricity. Generating electricity from these dams can avoid million metric tons of carbon dioxide emissions every year. Option (a) is an easy assumption; ‘flowing water from dams is used to generate electricity. The second and third sentences suggest option (b). Option (c) can be assumed from the last sentence. Option (d) mentions the safety of dams; this is not supported by the passage.

S10. Ans.(d)
Sol. When the manager decides to reject 500 of the 5000 phones produced to ensure quality, he assumes that the remaining 4500 (or 90%) are of standard or good quality. Hence choice (d) is the proper assumption. Choice (a) is not an assumption in the manager’s decision since he would seek to increase profits. Choices (b), has not been suggested. Choice (c) (market standard) is not an assumption. 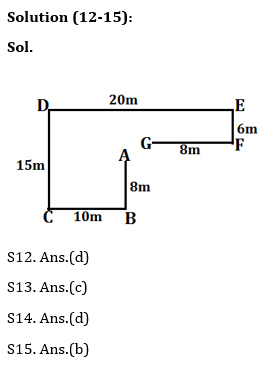