Q3. Which of the following sport F plays?
(a) Cricket
(b) Tennis
(c) Football
(d) Baseball
(e) None of these

Directions (11-13): Study the information carefully and answer the questions given below.
Eight persons A, B, C, D, E, F, G, and H are sitting in a circle facing center. B sits third to right of D. E is not immediate neighbor of D. E faces H. C sits third to the left of E. Only one person sits between A and F, who faces C.

Q15. There are seven members in three generation family in which two married couple. H has two child. A is brother in law of B. M is the father in law of E, who is child of H. D is nephew of B, who is the only son of G.. E is not sibling of A. M is not married to G. D is grandchild of M. How is G related to D
(a) Sister-in-law
(b) Grandson
(c) Grandmother
(d) Grandfather
(e) Can’t be determined 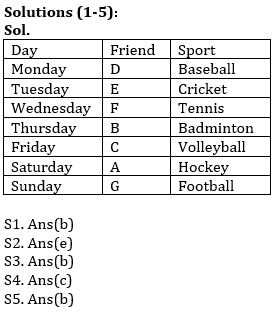 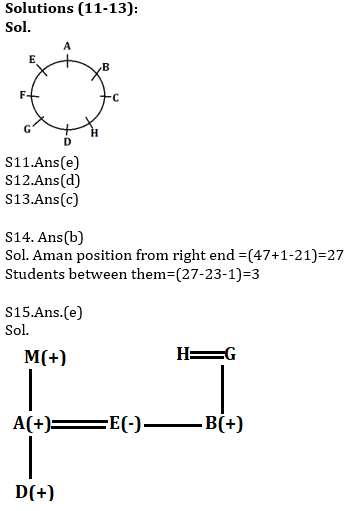