Q13. How many pairs of letters are there in the word” EARPHONE” which have as many letters between them (both forward and backward direction) in the word as in alphabetical series?
(a) None
(b) One
(c) Two
(d) Three
(e) Four

Q14. Statements:
Only a few Mango is Orange
No Orange is Green
All Green are white
Conclusion:
I: Some white are not Orange
II: Some Mango are green

Q15. Statements:
Only a few Car is Truck
All Truck is Shoes
Some Shoes are Bottle
Conclusion:
I: Some bottle is car
II: No bottle is car 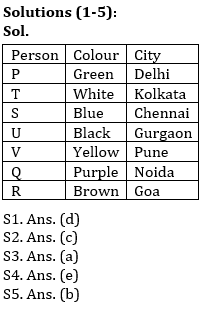 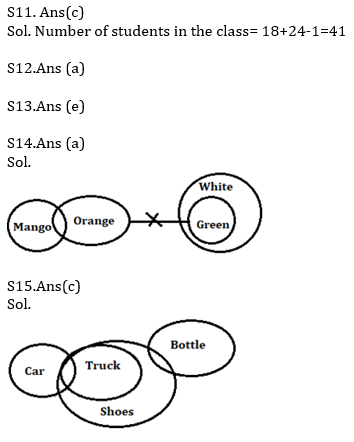