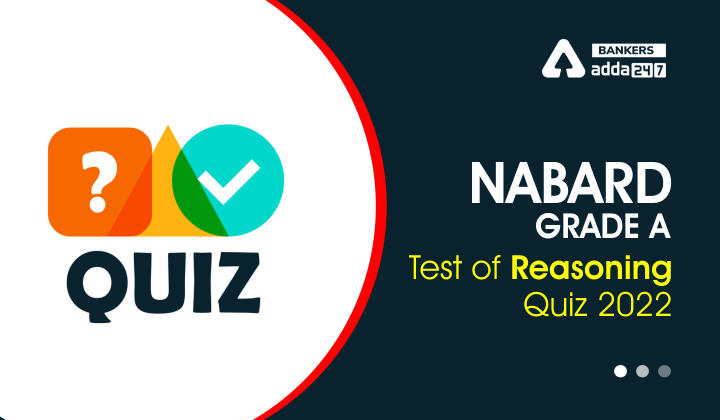 Directions (1-5): Study the given information carefully to answer the given question.
M, N, O, P, Y, R and S are seven friends live on seven different floors of a building, lower most floor of the building is numbered as 1, and topmost floor is numbered as 7, Also they belong to different countries i.e., Poland, Australia, India, Hawaii, Mongolia, China, and Malaysia (not necessarily in the same order).
Y lives on an even numbered floor. Two people live between Y and R who doesn’t belong to Australia. The one who lives just above Y belongs to Hawaii. The one who belongs to Poland, lives on an even numbered floor. Only one person lives between the ones who belong to Hawaii and P. R doesn’t live on 7th floor. The one who is from Hawaii is not N and neither lives on 1st and topmost floor. S belongs to India and lives just above N who doesn’t live on 2nd floor. O belongs to Mongolia. The one, who belongs to China, lives on an even numbered floor below N. M doesn’t live below O’s floor.

Q2. Which of the following combinations is true with respect to the given arrangement?
(a) Malaysia – O
(b) China– R
(c) Poland – S
(d) Australia – P
(e) None of these

Q4. Which of the following statements is true with respect to the given arrangement?
(a) M belongs to China
(b) Y lives on 3rd floor
(c) R belongs to Malaysia
(d) Only one people lives above S
(e) None of these 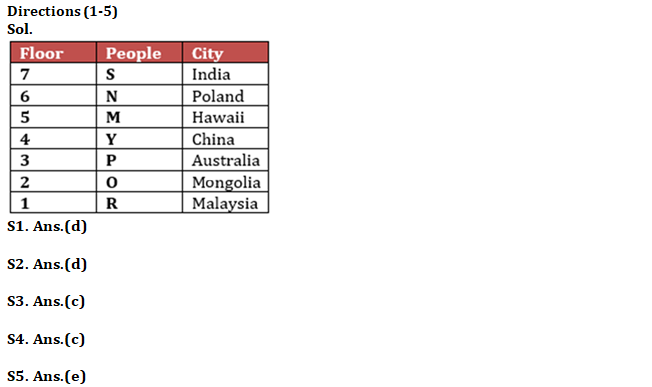 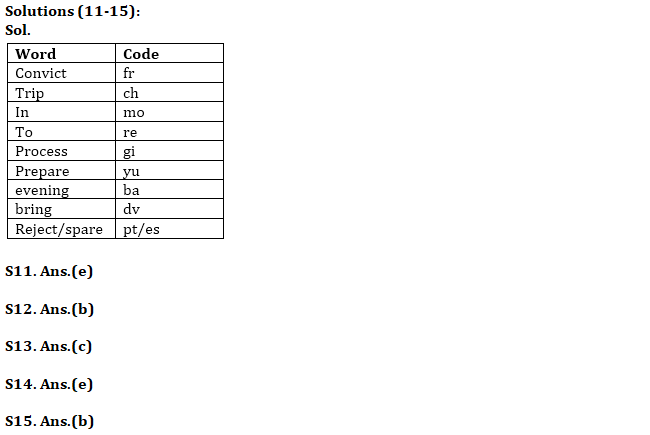