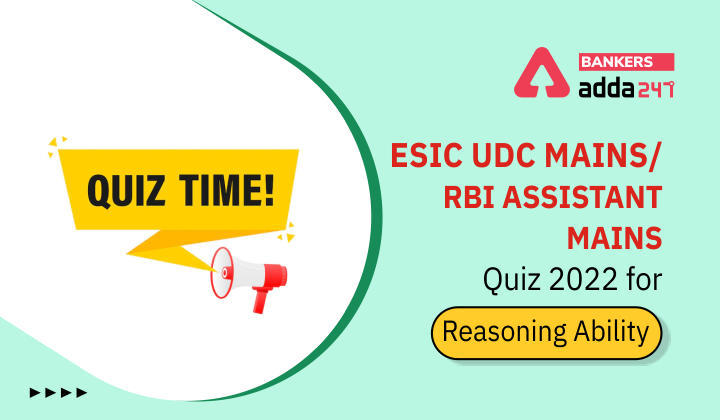 Q4. Which of the following statement is/are true?
(a) A is 31 years old
(b) Two persons were born between B and H
(c) H is youngest person
(d) No one born before E
(e) All are true

Directions (6-10): A word and a number arrangement machine when given a particular input, rearranges it following a particular rule. The following is the illustrations of the input and the steps of rearrangement.

Step V is the last step of the rearrangement to get the desired output. As per the rule followed in the above steps find out the appropriate steps for the given input and answer the questions.

Q6. Which of the following element is exactly between the elements which is first from left end and fourth from right end in the last step?
(a) 18
(b) Antique
(c) Talent
(d) 25
(e) Dusky

Q12. How many such pairs of letters are there in the word ‘SPLENETIC’ each of which has as many letters between them in the word as in the English alphabet (Both forward and backward direction)?
(a) One
(b) Two
(c) Three
(d) More than three
(e) None

Q14. If FROZEN is coded as GSPYDM and RANDOM is coded as SBOCNL, then how will CLOSED be coded?
(a) DMPDRC
(b) DMPRDC
(c) BMPRDC
(d) BKPDRC
(e) None of the above

Q15. How many meaningful words can be formed using first, second, fifth, seventh and eighth letters of the word INTERMEDIATE using each letter only once in each word?
(a) None
(b) One
(c) Two
(d) Three
(e) None of these 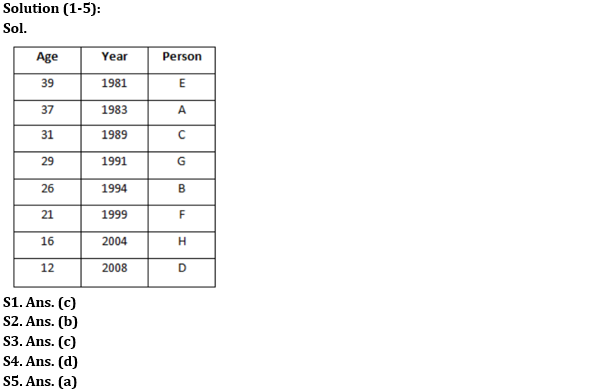 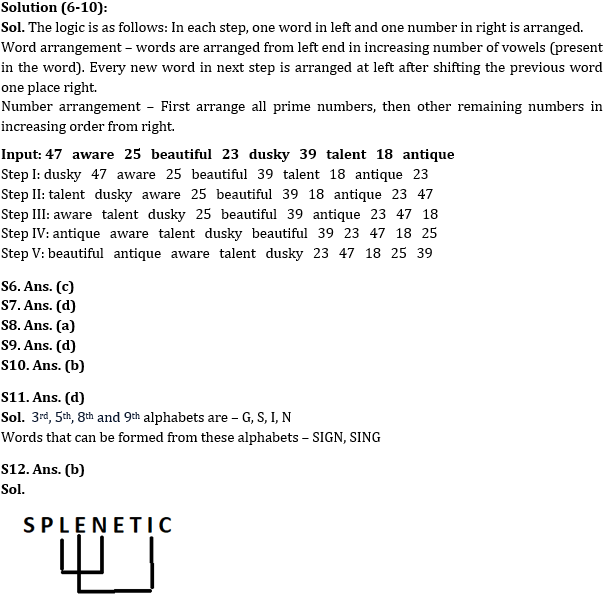 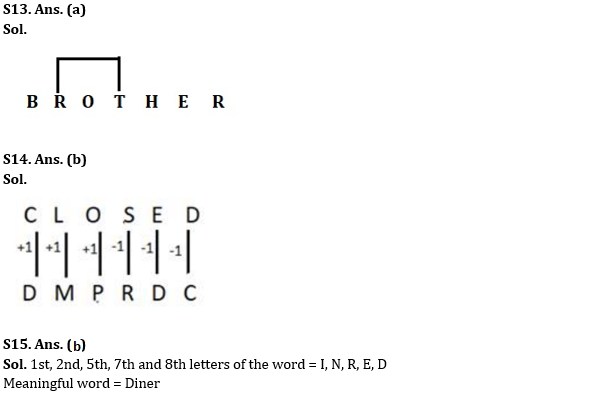