Directions (1-5): Study the following information carefully to answer the given questions.
Ten persons of a same family i.e. P, Q, R, S, T, U, V, W, X and Y are sitting around a rectangular table in such a way that three of them are sitting at each of the longer side of the table and faces towards the centre and two of them are sitting on each of the shorter side of the table and faces away from the centre. All the information is not necessarily in the same order.
P who is father of R sits third to the right of Q’s daughter-in-law. W sits at the immediate left of Q’s father in law who is married with V. P is the only child of V who sits opposite to the one who sits at the immediate left of R’s wife. X is son of U who is a female member. S is paternal aunt of X and sits second to the right of Q’s only sibling. W sits only with Y who is child of U. Y is not nephew of S. R has more than one child. W is not married and sits opposite to R. R’s spouse sits on the same side with R. P’s wife sits at the immediate left of Y sibling.

Q1. How T is related to the one who is sitting second to the left of Q?
(a) Sister
(b) Brother
(c) Father
(d) Grand father
(e) Grand mother

Q4.Which of the following statement is not true?
(a)S, X and Q sits together on the same side of the table
(b) Q sits opposite to P
(c) Q sits at the immediate left of X.
(d) T is father in law of Q
(e) S sits opposite to T 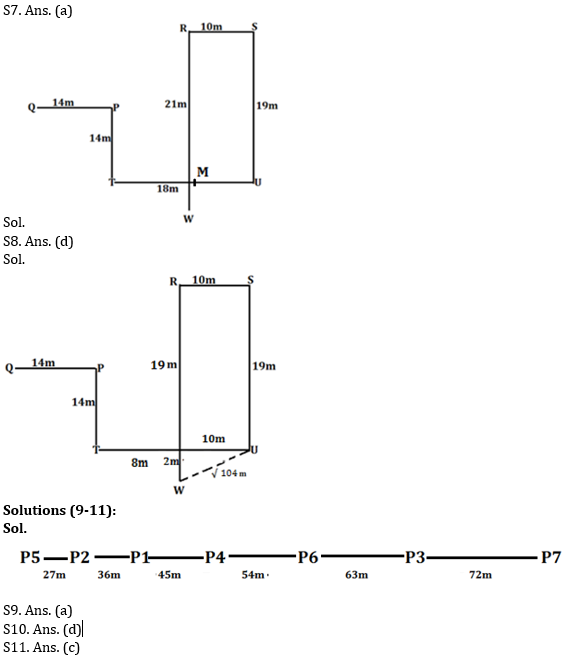