Q1. D is going to attend conference in which country?
(a) China
(b) Russia
(c) Brazil
(d) Bhutan
(e) None of these

Q4. The one who attends conference in France going in which of the following month?
(a) March
(b) June
(c) November
(d) September
(e) Can’t be determine

Q8. Seven persons are sitting in a row facing north direction. How many persons sit between C and G?
I. Only one person sit between G and E. C sits immediate right of A.
II. A sits fourth to the left of G who does not sit at an extreme end. Neither A nor C is an immediate neighbour of D.
III. C sits second to the left of F who is not an immediate neighbour of A. C sits immediate left of E who sits left of B.
(a)I and III only
(b)II and III only
(c)All I, II, III are required
(d)I and II only
(e)None of these

Q14. If all the vowels of the word ‘CONFIDENCE’ are replaced by its succeeding letter according to the English alphabet and all the consonant are replaced with their previous letter according to the English alphabet and then all the letters are arranged in the alphabetical order in such a way all vowels are arranged first then all consonant are arranged. Then which of the following alphabet is third from the right end?
(a) M
(b) J
(c) F
(d) B
(e) E 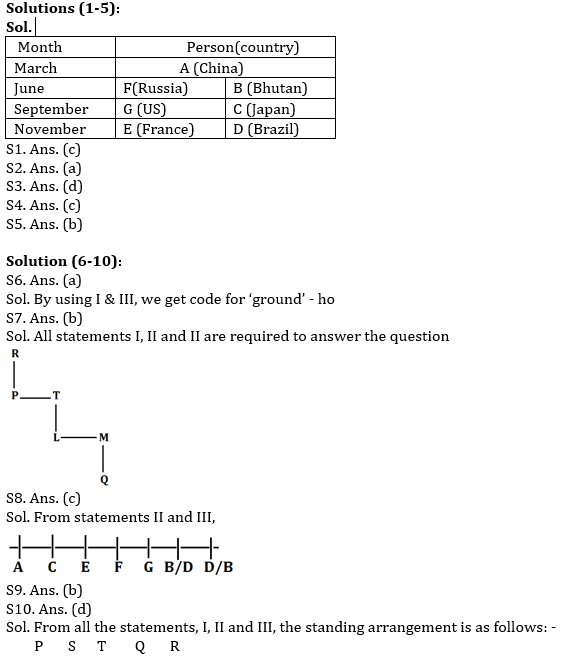 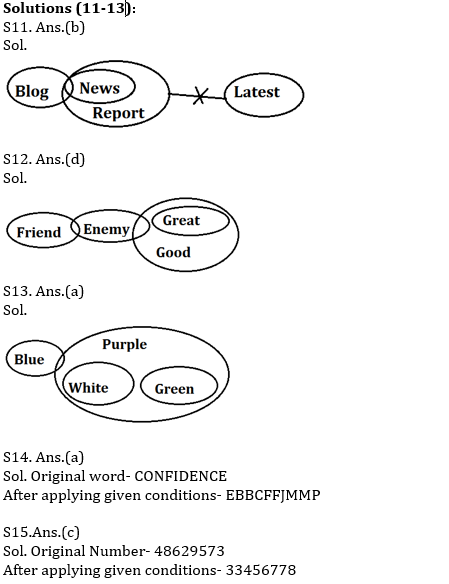