Directions (1-5): Study the following information carefully and answer the questions accordingly.
Eight people are sitting around a square table. Four of them are sitting at the corners facing outside and the remaining four are sitting at the sides of the table facing inside. Z sits at the corner. One person sits between Z and X who is not a neighbor of N. Two people sit between X and S who is not a neighbor of Z. R sits immediate right of S. N sits third to the right of R. N and S does not sit opposite F. V sits second to the right of U.

Q5. How many letters are there in alphabetical series between F and the one who sits third to the left of X?
(a) Seven
(b) Five
(c) Nine
(d) Six
(e) Eight

And Step VI is the last step of the rearrangement as the desired arrangement is obtained. As per the rules followed in the above steps, answer the following questions for the given input. 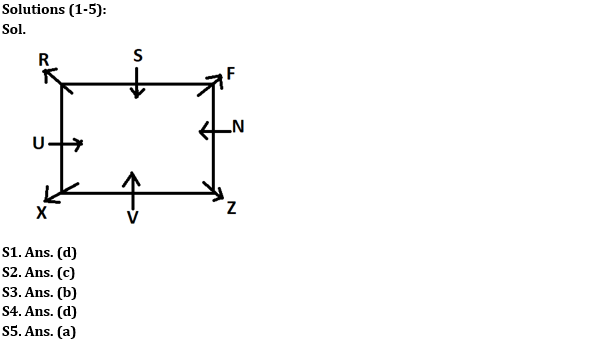 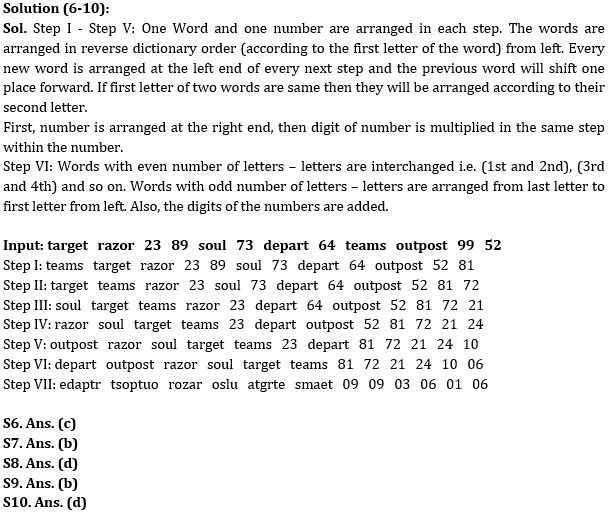 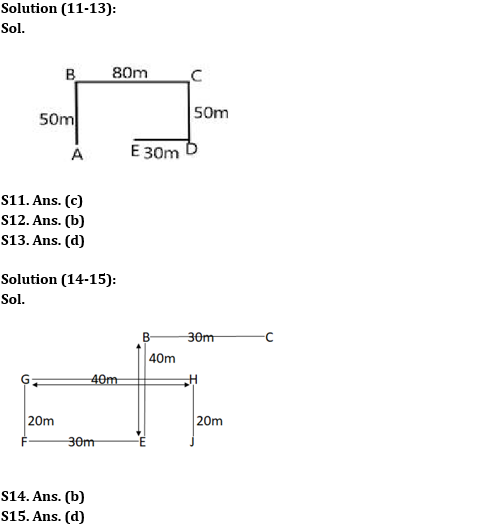