Directions (1-5): Read the following information carefully and answer the following questions.
Six persons P, Q, R, S, T, and U are born in same month and date of six different year viz. 1978, 1982, 1990, 1995, 2000, and 2006 but not necessarily in the same order. (All the ages will be calculated on base year 2021). All persons are related to each other. T is the father of the one whose age is 15 years. The difference between T’s age and P’s age is the lowest. P is the mother of U, who is a male. Q is married to the sister of P, whose age is 39 years. S is the sister-in-law of R. S is older than R but younger than Q. There are only two females in the family. U is the youngest family member. 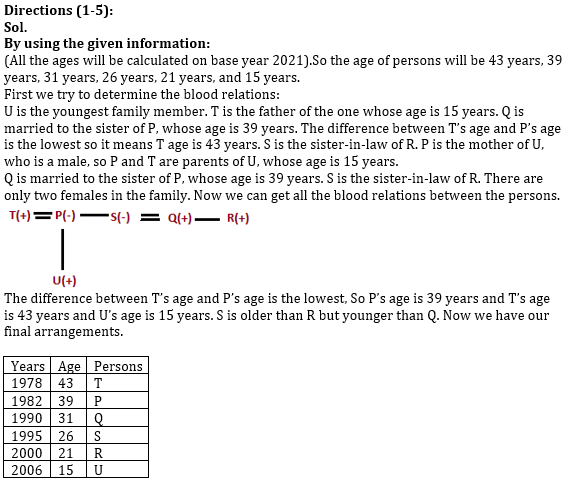 S7. Ans.(c)
Sol. None of the conditions are applied.