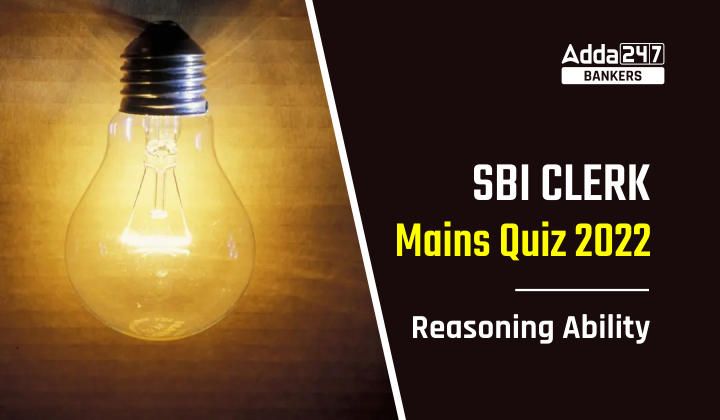 Direction (1-5): Read the following information carefully and answer the questions:
Ten persons are sitting in two rows, such that in row-2 M, N, O, P, Q are sitting and facing in north direction and in row-1 D, E, F, G, H are sitting and facing in south direction. Each person of row-1 facing each person of row-2. All of them are of different ages 15, 20, 23, 30, 33, 35, 38, 45 ,49, 50 but not in the same order.
There are two people sitting between M and Q and either M or Q is sitting at one of the extreme ends. G is 20 years old and sits third to the left of H. Neither H nor F sits opposite to M and Q who is not the oldest. No two persons are sitting together according to alphabetical order except G and F. The age of P is a multiple of 11. G sits opposite to N whose age is a multiple of 7. Two persons sits between the one who is the youngest and the one who sits opposite to the one whose age is 35. Three persons sit between the one whose age is 49 and the one who is the youngest. O’s age is twice the age of H. The age of the person who is facing the person who is sitting 2nd to the left of Q is a prime number. The age of M is equal to the sum of ages of H and O. Only one person is sitting between H and F.

Q9. What is the direction of point R with respect to point C?
(a) South-west
(b) North-east
(c) South-east
(d) North-west
(e) None of these

Q13. Statement: Should officers accepting bribe be punished?
Arguments:
I. No. Certain circumstances may have compelled them to take bribe.
II. Yes. They should do the job they are entrusted with, honestly.

Q14. Statement: Should India become a permanent member of UN’s Security Council?
Arguments:
I. Yes. India has emerged as a country which loves peace and amity.
II. No. Let us first solve problems of our own people like poverty, malnutrition. 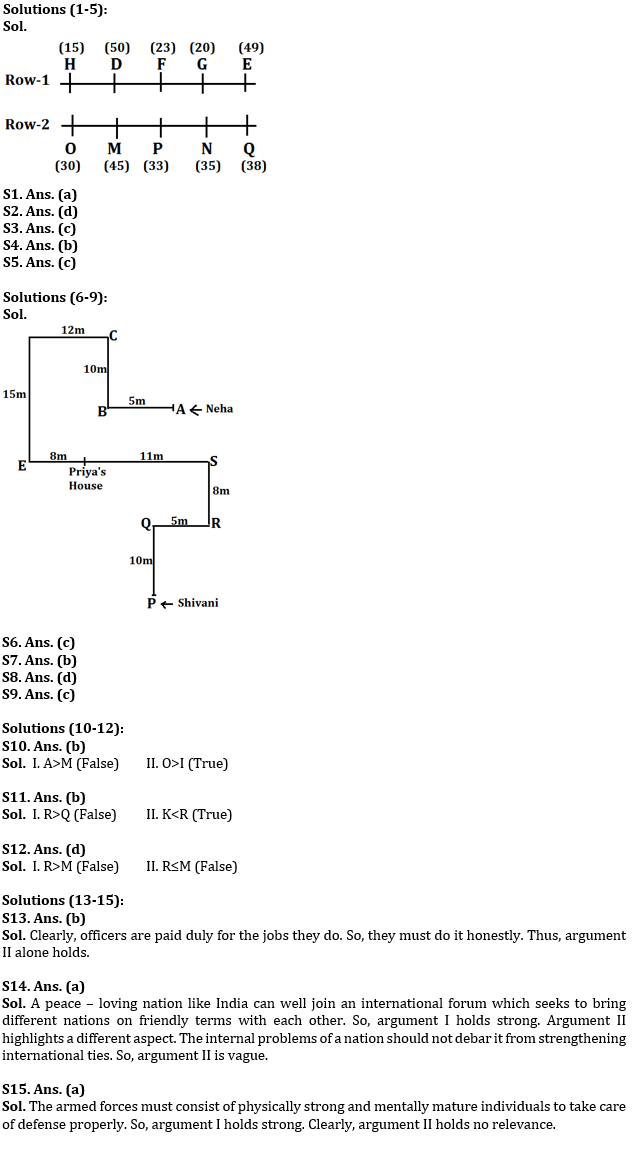