Directions (1–5): Following questions are based on the five three-digit numbers given below:

Q3. If one is subtracted from each odd digit and two is added to each even digit of each of the numbers, what will be the difference between the third digit and the first digit of the lowest number?
(a) Zero
(b) 6
(c) 4
(d) 2
(e) 5

Q5. If all the digits in each of the numbers are arranged in descending order within the number from left to right, which of the following will be the second highest number in the new arrangement
(a) 369
(b) 717
(c) 922
(d) 625
(e) None of these

Directions (6-7): Study the following information carefully and answer the question given below-
There are eight members in a family i.e., K, O, L, N, Q, M, P and S. Among them three are married couples. S is the daughter of the one who is L’s nephew. Q is the daughter-in-law of the one who is grandfather of M. O has only one grandson. P is grand-daughter-in-law of K. L is O’s husband’s sister.

Directions (8-12): Study the following information carefully and answer the question given below:
M, N, O, P, Q, R, J and K are sitting in a straight line but not necessarily in the same order. Some of them are facing south while some are facing north. Only two people sit to the right of M. N sits third to the left of M. Only one person sits between N and R. R sits to the immediate right of Q. Only one person sits between Q and K. Both the immediate neighbours of N face the same direction. M faces north. O sits third to the left of R. N faces the opposite direction of M. J does not sit at any of the extremes ends of the line. P faces the same direction as Q. Both J and O face the opposite direction of K.

Q8. How many persons in the given arrangement are facing North?
(a) More than four
(b) Four
(c) One
(d) Three
(e) Two 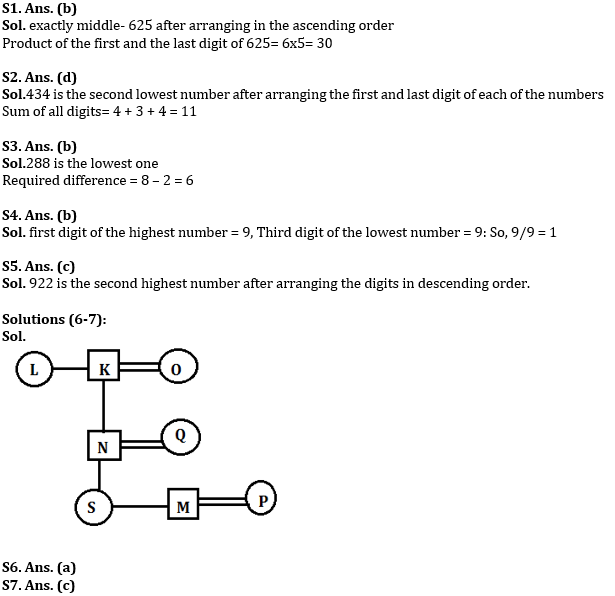 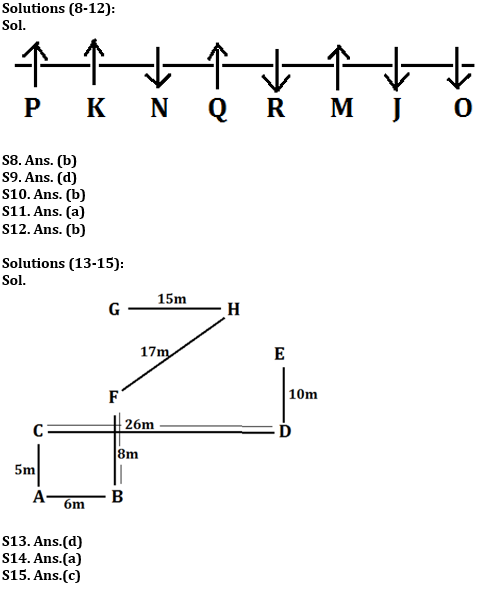