Direction (1-5): Study the following information carefully and answer the given questions:
Eight students P, Q, R, S, T, U, V and W, appear in an examination in two different shifts either at 10 AM or 3 PM. They give exam on different months of the same year starting from March to June.
Only two persons give exam in between W and T, whose exam is in the month which have even number of days. P gives exam in the month having 31 days. S gives exam in evening shift but before W. Three persons give exam between U and R. W gives exam before T. V gives an exam in evening shift of the month which have odd number of days but after W. U gives the exam in the month having 30 days but not in June. Only two persons give exam between P and Q.

Q8. Which of the following word is third to the right if, all vowels are replaced by the preceding letter and all consonant replaced with next letter in the word ‘INTERVIEW’, and then all vowel are eliminated, after that all words are arranged in alphabetical order from left to right?
(a) S
(b) H
(c) D
(d) V
(e) None of these 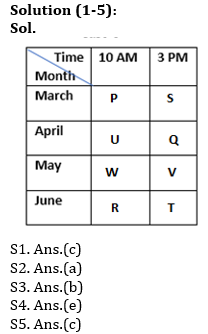 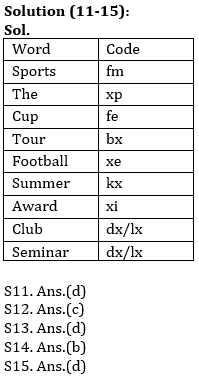