Directions (1-5): Read the following information carefully and answer the given questions.
Seven persons A, B, C, D, E, F and G like different sports -cricket, football, hockey, volleyball, tennis, boxing and golf (but not necessary in the same order). They were born on the same day of the same month but in different years. All their ages are to be considered from the base year i.e. 2018. The one who is 20 years old likes boxing. A was born in 1988 and does not like cricket and football. The youngest person does not like boxing. The one who was born in 2010 is 2 years older than the one who likes volleyball. F is 9 years younger than the one who likes cricket. Age of the oldest person is 48 years. E likes tennis and he is the second youngest person in the group. G is 7 years younger than A. F is 14 years old and likes golf. Age difference between B and C is 14 years. B is younger than C.

Q14. The position of how many alphabets will remain unchanged if each of the alphabets in the word ‘QUANTITATIVE’ is arranged in alphabetical order from left to right?
(a) Four
(b) One
(c) Two
(d) Three
(e) None 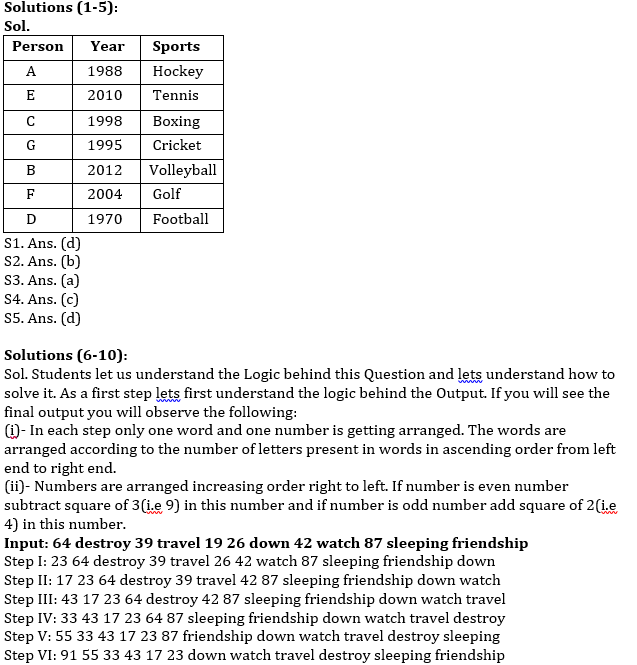 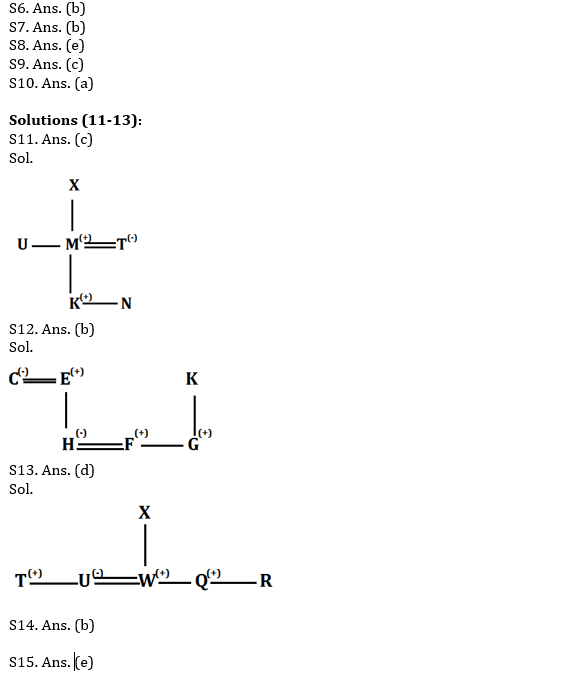