Directions (1-5): Study the following information carefully and answer the questions given below:
Eight persons are lives on eight different floors of an eight storey building. Ground floor is numbered as 1 and top floor is numbered as 8. All of them sits in a linear row and facing north direction. A lives on odd number floor and sits third from the left end. Only four persons live between A and H. E lives on even number floor between the floors of A and H. E does not live on a floor adjacent to A’s floor but sits third to right of A. G does not live on odd number floor. The one who sits third to the right of H does not live above H. The one who sits at left end lives on fifth floor. D lives immediate above E. There is a gap of two floors between floors of D and C, who lives above H. More than two persons sit between G and the one who lives on second floor. The one who lives on eight floor sits third to right of D. Only two persons sit between C and B. G does not sit with A and F. The one who lives just below A sits on right end.

Q6. A, B, C, D, E and F are sitting in a circular table. Some of them face towards center and some of them face opposite to the center. How many persons are facing opposite to the centre?
I. There is only two persons sit between B and C. D, who is not an immediate neighbour of B, sits immediate left of F.
II. A sits second to the left of B. F is not an immediate neighbour of A but faces inside the centre. E faces inside the centre. 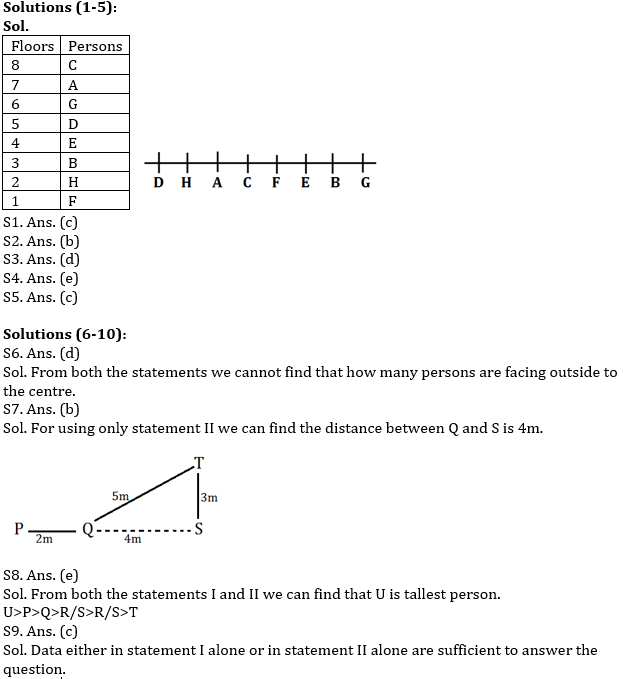 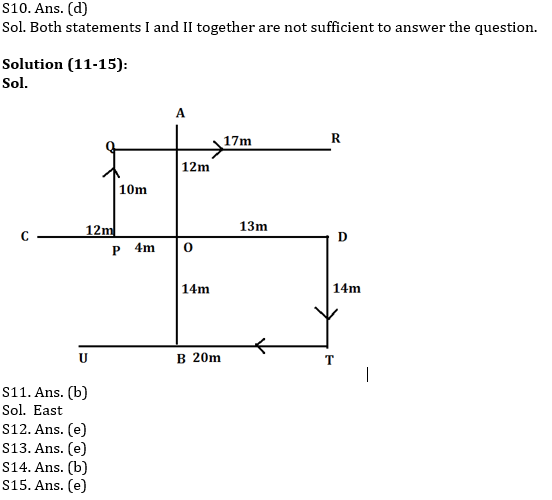