Reasoning Ability is a crafty section. With each passing year, all the organizations are increasing the level of complexity of the questions that are asked in either prelims or mains. It eventually affects the number of question one can usually attempt. But this section is based on logic and rules can be aced if practised well enough. The only way to achieve this ambitious goal is by practising continuously with dedication. So to prepare you with best tools for the finals, here is today’s Reasoning Quiz based on the study plan and the exact same pattern of questions that are expected to be asked in SBI Clerk MAINS 2019. Keep Practicing. All the best.

Q1. Who among the following sits opposite to the one who likes Burger?
B
E
F
C
None of these
Solution:

Q2. Who among the following likes Pizza?
C
F
A
E
None of these
Solution:

Q4. G likes which of the following food item?
Pasta
Pizza
Chocolate
Brownie
None of these
Solution:

Q5. Who among the following sits second to the right of the one who sits third to the left of F?
C
A
E
H
None of these
Solution:

Directions (6-8): Each of the questions below consists of a question and two statements numbered I and II given below it. You have to decide whether the data provided in the statement are sufficient to answer the question. Read both the statements and

Q10. Statements: Some Rain are Cloud
Some Cloud are Water.
No Sun is Rain.
Conclusions:
I. Some Rain are water
II. Only water is cloud
III. All Sun can never be Cloud.
Only I follow
Only II follows
Only III follows
Either I or III follows
None of the above
Solution:

Q11. Statements: No Morning are Night
Only Night is Evening
Only a few Moon is Morning.
Conclusions:
I. All evening can be Moon.
II. All moon is morning is a possibility
III. Some night is moon
Only I follow
Only II follows
Only III follows
Only I and II follows
None follows
Solution:

Q13. What is the direction of point V with respect to R?
East
North
North-East
South-East
None of these
Solution:

Q14. What is the shortest distance and direction of point U with respect to Q?
15m, South-West
12m, West
10m, North-East
13m, South-East
None of these
Solution:

Q15. Statement: Should the parliamentary elections in India be held every three years as against five years at present?
Arguments:
I. No. This will enhance wastage of money and resources.
II. Yes. This will help the voters to change non-performing representatives without much delay.
III. No. The elected representatives will not have enough time to settle and concentrate on developmental activities.
None is strong
Only I and II are strong
Only II and III are strong
Only I and III are strong
All are strong
Solution:
The election process entails exorbitant expenditure. So, holding elections very often will surely lead to wastage of money and resources. Thus, I holds strong. Also, the elected representatives need a considerable period of time to implement their policies. So, III holds strong while II does not. 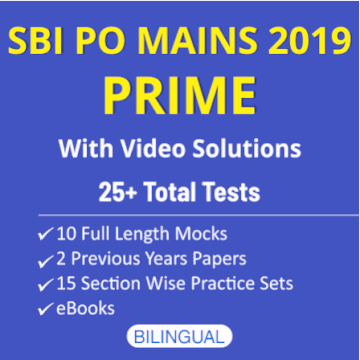