The Static Gk Quiz holds importance considering the banking examinations, like IBPS Clerk Mains, RBI Assistant Mains, NABARD Grade A Prelims and many more. To complement your preparation for Static based questions of the upcoming exams like IBPS Clerk Mains, RBI Assistant Mains and NABARD Grade A Prelims, we are providing you Static Gk Quiz of 10 January 2020 covering the following topics: Chairman of Rajya Sabha, Headquarters of Hong Kong and Shanghai Banking Corporation, capital of Thailand.

Q1. A series of historical decisions which includes the scrapping of Article 370 & Art-35-A and the introduction of “J&K Reorganisation Bill 2019” were taken today during the session of Rajya Sabha. Who is the present chairman of Rajya Sabha?
(a) K.R. Narayanan
(b) Venkaiah Naidu
(c) Krishan Kant
(d) Mohammad Hamid Ansari
(e) Bhairon Singh Shekhawat

Q6. Formula One Mercedes driver Lewis Hamilton hunted down Max Verstappen to win the Hungarian Grand Prix for a record-extending seventh time and surge 62 points clear in the championship standings. What is the capital of Hungary?
(a) Szeged
(b) Debrecen
(c) Budapest
(d) Miskolc
(e) Eger

Q9. NITI Aayog has released the 2nd edition of the Sustainable Development Goals (SDG) India Index. According to the SDG India Index, India’s composite score has improved from 57 in 2018 to 60 in 2019. Who is the present CEO of NITI Aayog?
(a) R.C. Mishra
(b) S. Venkatesan
(c) Amitabh Kant
(d) G.S. Sawhney
(e) K.L. Rekhi

Q11. The Pacific nation of Palau has become the first country to ban sun cream which is harmful to corals and sea life. What is the capital of Palau?
(a) Ngaraard
(b) Koror
(c) Klouklubed
(d) Ngerulmud
(e) Ngerkeai

S1. Ans.(b)
Sol. The Vice President of India (currently, Venkaiah Naidu) is the ex-officio Chairman of the Rajya Sabha.

S2. Ans.(e)
Sol. Prahlad Singh Patel is an Indian politician who is the current Minister of Tourism of India and Member of Parliament from Damoh Loksabha Constituency in Madhya Pradesh.

S4. Ans.(c)
Sol. Bangkok is the capital and most populous city of Thailand.

S5. Ans.(d)
Sol. The DRDO was established in 1958 by amalgamating the Defence Science Organisation and some of the technical development establishments.

S6. Ans.(c)
Sol. Budapest is the capital and the most populous city of Hungary, and the tenth-largest city in the European Union by population within city limits.

S7. Ans.(d)
Sol. The current president of the French Republic is Emmanuel Macron, who succeeded François Hollande on 14 May 2017.

S11. Ans.(d)
Sol. Ngerulmud is the capital of Palau is located on the nearby island of Babeldaob.

S12. Ans.(d)
Sol. Neiphiu Rio is an Indian politician who is the current Chief Minister of Nagaland. 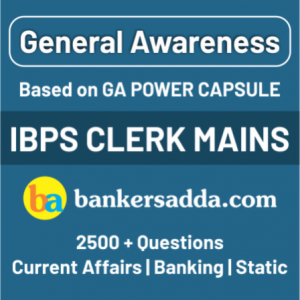 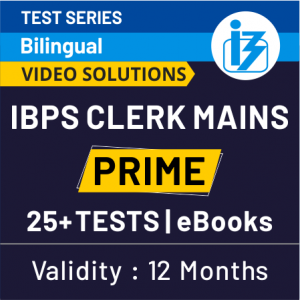