We are providing you with the test of the day which will help you in upcoming exams like Syndicate Bank PO 2018. From this, you can practice questions with the timer that will help you to improve speed. Syndicate Bank PO is one of the biggest opportunity for you guys to grab on, set you own mark and proceed with full confidence. All the very best for your preparations and All the future exams.

Q1. Elina Svitolina secured her first WTA title in Australia with a straight-sets victory in the Brisbane International final. She is from which country?

Q2. In which of the following Indian city, the vibrant Khelo India logo was launched by the Union Minister of State Youth Affairs and Sports Rajyavardhan Rathore?

Q3. Switzerland won their third Hopman Cup by defeating Germany in the deciding mixed doubles final. The winning pair was of _________________.

Alexander Zverev and Angelique Kerber
Jenny Perret and Martin Rios
Roger Federer and Belinda Bencic
Oona Kauste and Tomi Rantamaki
None of the given options is true
Solution:
Switzerland won their third Hopman Cup as Roger Federer and Belinda Bencic beat Germany's Alexander Zverev and Angelique Kerber in the deciding mixed doubles to secure a 2-1 victory in the final at the Perth Arena.

Q4. Name the Legendary astronaut, who walked on the Moon and later commanded the first space shuttle flight, who passed away recently.

John Young
Mark T. Vande Hei
Matthew Dominick
Randolph Bresnik
Jack D. Fischer
Solution:
Legendary astronaut John Young, who walked on the Moon and later commanded the first space shuttle flight, has died at 87. Young was the only agency astronaut to go into space as part of the Gemini, Apollo and space shuttle programs and the first to fly into space six times. He was the ninth man to walk on the Moon.

Directions (6-10): Read the following information carefully and answer the questions which follow.
There are seven friends named P, Q, R, S, T, U, V from different cities Agra, Noida, Patna, Delhi, Varanasi, Jaipur and Puri. They are wearing shoes of different brands like Nike, Lotto, Lancer, Sparx, Puma, Adidas and Reebok. They like different colours like Orange, Red, Yellow, Blue, Amber, Indigo, and Pink. T is wearing Sparx shoes and likes Indigo colour. The one who is wearing Lancer shoes does not like Blue and Pink colour. U does not wear Reebok and Lotto shoes and likes Blue colour. P does not like pink or yellow colour. S is from Delhi wears Adidas shoes. Q is from Patna and does not wear Nike shoes. V wears either Puma or Lotto shoes. Q does not wear Lotto shoes. The one who likes yellow colour does not belong to either Noida or Delhi. Person from Jaipur is like Indigo colour. The one who belongs to Varanasi likes Pink colour and he is wearing Reebok shoes. The person wearing Nike shoes is belong to either Puri or Jaipur. S likes Orange colour . The one who is wearing Lotto shoes likes Amber colour. U does not belong to Puri.

Q6. U belongs to which of the following city?

Q7. P likes which of the following colour?

Red
Amber
Indigo
Blue
None of these

Q8. Who among following is wearing Lancer shoes?

U
R
S
Q
None of these

Q9. Who among following belongs to Puri?

P
R
Q
V
None of these

Q10. Which among the following combination is correct? 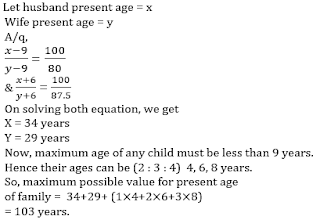 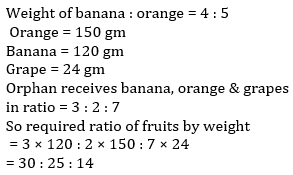 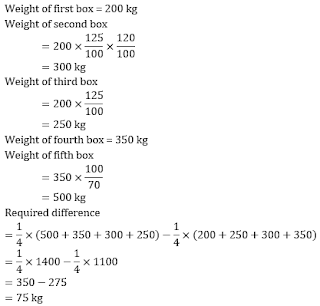 Q15. A machine depreciates in value each year at the rate of 10% of its previous value. However, every second year there is some maintenance work so that in that particular year, depreciation is only 5% of its previous value. If at the end of the fourth year, the value of the machine stands at Rs 1,46,205, then find the value of machine at the start of the first year.

Directions (16-20): The following question consists of a sentence which is divided into three parts which contain grammatical errors in one or more than one part of the sentence, as specified in bold in each part. If there is an error in any part of the sentence, find the correct alternatives to replace those parts from the three options given below each question to make the sentence grammatically correct. If the given sentence is grammatically correct or does not require any correction, choose (e), i.e., “No correction required” as your answer.

Q16. Recent history of the Indian Science Congress Association (I) suggest that it most often making news for the matters else then science. Like the British Association for the Advancement of Science, now (II) known as the British Science Association, it was meant to be a forum for scientists to present topical research, (III) get funds and served as an platform for science to reach out to the broader public.
(I) suggests that it most often makes news for matters other than
(II) knowing as British Science Association
(III) get funds and serve as a platform for science to reach out

Only (I)
Only (III)
Both (I) and (III)
Both (II) and (III)
No correction required
Solution:
There is an error in I and III. Both I and III are grammatically incorrect. In I replace "else then" with "other than" and making with Makes. Similarly, III Option statement is more appropriate and grammatically coherent than the bold part in passage.

Q17. The navy and the coast guard braved the rough weather to rescue others adrift on the choppy waters but coastal communities are angry that the state government, which seems to have been surprised by the freak weather condition, was slow to react.
(I) whether to rescue other’s adrift upon
(II) waters but coastal communities is angry
(III) who seemingly to have been surprising

Q18. The World Inequality Report 2018 released by the World Inequality Lab last week says that income inequality in India has increased since economic liberalisation. This, it notes, is in contrast to the earlier decades when inequality dropped under socialist policies. As expected, the finding has been used by many to argue that the rich should be taxed more to help the poor. The logic is that the rich get rich over the expenses of the poor, so taxes that redistribute wealth are only a rational response to inequality.
(I) inequality in India have increased for economic
(II) the finding has been used by much for argue
(III) The logic is that the rich get richer at the expense of the poor

Q19. India needs for quick frame the appropriate and updation of cybersecurity policies, create adequate infrastructure, and foster closer collaboration between all those involved to ensure a safe cyberspace. Minister of Communications Manoj Sinha said at the Global Conference on Cyberspace 2017 that there must be enhanced cooperation among nations and reaffirmed a global call to action for all United Nations member nations to not attack the core of the Internet even when in a state of war. This also clearly emphasizes the fact that more than ever before, there is a need for a Geneva-like Convention to agree on some high-level recommendations among nations to keep the Internet safe, open, universal and interoperable.
(I) India needs to quickly frame an appropriate and updated cybersecurity policy,
(II) that their must be enhancement cooperation between nations and reaffirmed
(III) emphasizes the fact that more then ever before, there is need

Only (I)
Only (III)
Both (I) and (III)
Both (II) and (III)
No correction required
Solution:
There is an error in I bold part of the paragraph. I part given in option is the appropriate expression.