Longest River in India: India is a land of many rivers, and it is famous for numerous rivers flowing across the country.  The rivers in India have been divided into two namely Himalayan Rivers (rivers that originate from the Himalayas) and Peninsular Rivers ( rivers that originate in the Peninsula). Rivers in India plays a very vital role in economic development of the country. Most of the Indian rivers flow eastwards and drain into the Bay of Bengal but there are only three rivers in India that run from east to the west Narmada, Mahi, and Tapti River.

You can find below Complete list of top 10 longest rivers in India:

The Ganges popularly known as the Ganga is the longest river in India. It is 2525 Km long and is also the sacred river of India. Its origin is the Gangotri Glacier in Uttarakhand and it starts at the confluence of Bhagirathi and Alaknanda rivers in Devprayag, Uttarakhand.The states that are covered by this water body are Uttarakhand, Uttar Pradesh, Bihar, and West Bengal. The last part of Ganges ends in Bangladesh, where it finally converges in the Bay of Bengal. Some of the primary tributaries of the Ganga are the Yamuna, Son, Gomti, Ghaghara, Gandak, and Koshi.

After the river Ganga, the second longest river is Godavari. It is 1464 km long. It is commonly known as South Ganga or Dakshin Ganga.It begins from Trimbakeshwar, Nasik in Maharashtra and traverses via Chhattisgarh, Telangana and Andhra Pradesh, after which it finally meets with the Bay of Bengal.The major tributaries of the river can be classified as the left bank tributaries which include the Purna, Pranhita, Indravati and Sabari River.

The third longest river in India is Yamuna River. It originated from the Yamunotri glacier at the Bandarpoonch peak in the Uttarkashi district of Uttarakhand. It is the longest tributary of River Ganges and it does not directly fall into the sea. The length of the river is 1376 km. The major tributaries of river Yamuna are Hindon, Sharda, Giri, Rishiganga, Hanuman Ganga, Sasur, Chambal, Betwa, Ken, Sindh and Tons. The major states through which the river flows are Uttarakhand, Himachal Pradesh, Delhi, Haryana and Uttar Pradesh.

It originates in Mahabaleshwar and then enters the Bay of Bengal after flowing through these states. The length of this river is 1300 KM Bhima, Panchganga, Dudhaganga, Ghataprabha, Tungabhadra and its main cities by the banks are Sangli and Vijayawada are the main tributaries of Krishna River.

It is the sixth longest river, with a total length of 3180 KM and in India the lenght of the Indus river is 1114 KM. It begins from the Mansarovar Lake and then crosses Ladakh, Gilgit, and Baltistan.Its main tributaries include Jansker, Soan, Jhelum, Chenab, Ravi, Sutlej and Beas. Major Cities located on the banks of Indus are: Leh, and Skardu.

It  originates from Angsi Glacier near Mansarovar ranges. The length of this river in India is 916 KM, and the total length is 2900 km. It is known as the Yarlung Tsangpo River in China and then it enters into India via Arunachal Pradesh.

It originates in the Raipur district of Chhattisgarh. The Mahanadi was infamous for its staggering floods for a lot of written history, and was called the distress of Odisha’.Seonath, Mand, Ib, Hasdeo, Ong, parry river, Jonk, Telen, are the major tributaries of the river.

It is the sacred river of southern India. It rises in Brahmagiri Hill of the Western Ghats in Karnataka, flows in a southeasterly direction through the states of Karnataka and Tamil Nadu, and descends the Eastern Ghats. The length of the river is 800 KM.

This river originates in Peninsular India and that runs from east to west. It rises in the Betul district (Satpura Range) and drains off into the Gulf of Khambhat (Arabian Sea). It runs through Madhya Pradesh, Maharashtra and Gujarat and has six tributaries. The tributary rivers of Tapti river are Purna River, Girna River, Gomai, Panzara, Pedhi and Arna. The length of the river is 724 KM. 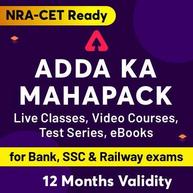 As we all know, static GK plays a very important role in banking and other examinations. If you have prepared well for this portion for the examination, you may have a good score. We are here with a new topic from the static GK part. In this article, we will be discussing the top 10 longest rivers in India.