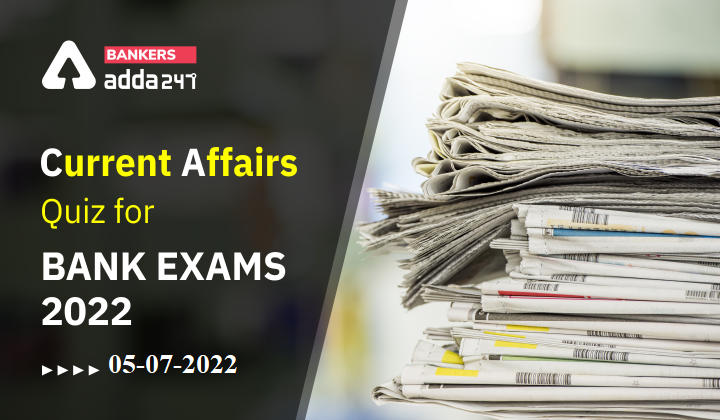 Q10. Which tech company was recognised at Microsoft Partner of the Year Awards 2022, for innovation and implementing customer solutions?
(a) TCS
(b) Infosys
(c) HCL Tech
(d) Wipro
(e) Dell

S2. Ans.(c)
Sol. International Plastic Bag Free Day is celebrated on July 3 all over the world.

S4. Ans.(c)
Sol. India captain Jasprit Bumrah bludgeoned a hapless Stuart Broad for 29 runs to create a world record for maximum runs off a single over in Test cricket, beating the legendary Brian Lara’s feat by one run.

S8. Ans.(d)
Sol. The Desert Corps of the Indian Army organised the “Suraksha Manthan 2022”, on aspects of Border & Coastal Security at Jodhpur (Rajasthan).

S10. Ans.(c)
Sol. HCL Technologies was recognised at Microsoft Partner of the Year Awards 2022, for innovation and implementing customer solutions based on Microsoft technology.

S11. Ans.(d)
Sol. The Appointments Committee of the Cabinet (ACC) has also approved the appointment of Bhanu Pratap Sharma, former Chairman, BBB as initial chairperson of FSlB for a term of two years.