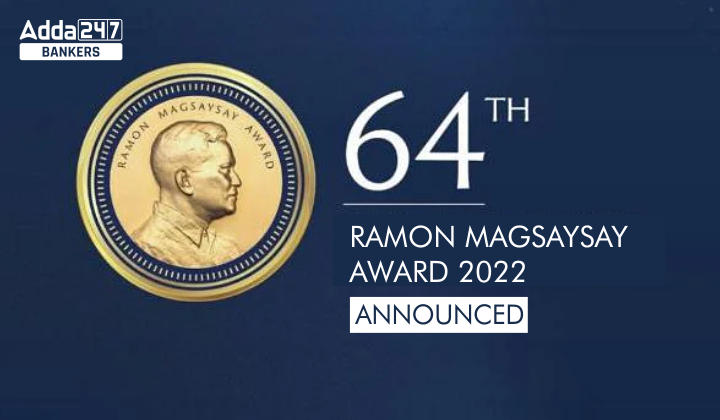 Here we have provided the complete winner’s list of the 64th Ramon Magsaysay Award 2022.

He is a 54-year-old Cambodian mental health advocate. He has led the treatment of thousands of traumatised survivors of the Khmer Rouge’s brutal rule and other patients in his country. He became one of Cambodia’s first psychiatrists after years of war and devoted his life to treating people, especially in rural communities.

Bernadette J. Madrid is a child rights crusader belong from the Philippines. She has won the award for her leadership in running a multisectoral, multidisciplinary effort in child protection that is admired in Asia, and her competence and compassion in devoting herself to seeing that every abused child lives in a healing, safe, and nurturing society.

He is a Japanese ophthalmologist, he was awarded the prize for training local doctors who have treated thousands of Vietnamese. Tadashi Hattori was deeply moved when he saw how villagers had become blind because of an acute lack of eye specialists and treatment facilities and started raising funds, training experts, and donating equipment to local hospitals.

Gary Bencheghib is a remarkable and surprising warrior in the fight against marine plastic pollution. He is from France and became a “warrior” against plastic pollution on the Indonesian resort island of Bali.