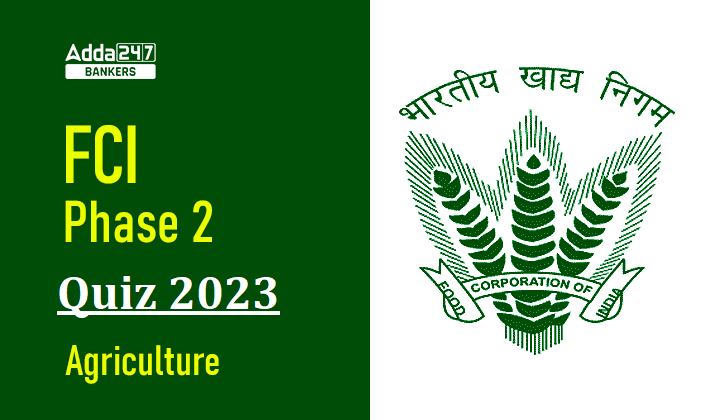 S5. Ans (b)
Sol. A total of 150 seed hubs have been created at ICAR institutes, SAUs and KVKs to ensure availability of seeds of pulses and human resource development; and increase in additional breeder seed production of pulses through twelve centres of ICAR and SAUs.

S9. Ans (c)
Sol. Indian Institute of Pulses Research (IIPR) is a government institute in Kanpur, Uttar Pradesh. It was established in the year 1983 by the Indian Council of Agricultural Research (ICAR) to carry out basic strategic and applied research on major pulse crops.

S10. Ans (a)
Sol. Sorghum is known as the king of coarse grains. The other name for sorghum is drought crop since it is resistant to drought. It has earned this name because of its ability to grow in arid soils and withstand prolonged droughts.