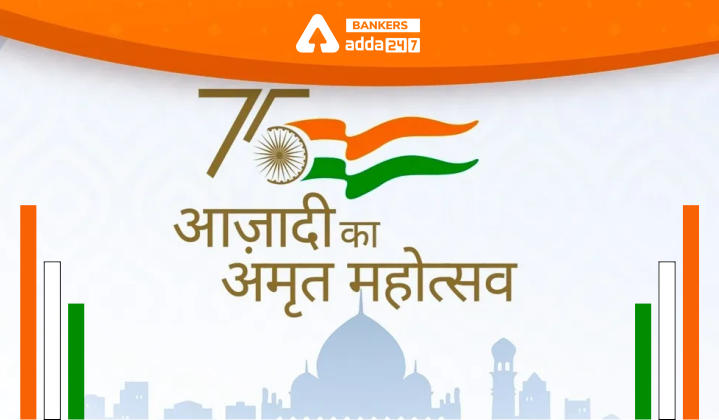 In Azadi Ka Amrit Mahotsav, the Government of India started the “Har Ghar Tiranga Campaign” to celebrate the 75 years of Independence. Amrit Mahotsav significantly stands for 75 years of Independence. Azadi Ka Amrit Mahotsav is dedicated to the people of India who have been instrumental in the transformative journey of India. The people have the power and potential to empower the vision of our honorable Prime Minister Narendra Modi. He has an objective of activating India 2.0, powered by the spirit of Aatmanirbhar Bharat.

The poem composed and recited by our honorable Prime Minister Narendra Modi on the eve of Independence Day in 2021 has become the theme poem for Azadi ka Amrit Mahotsav celebration. The lines of the poem are as follows:

Azadi Ka Amrit Mahotsav is being basically celebrated on the 5 themes:

Azadi Ka Amrit Mahotsav was inaugurated by the Prime Minister of India, Shri Narendra Modi. On 12th March 2021 the flagged off Dandi March from Sabarmati Ashram, Ahmedabad to Dandi, located in the Navsari district of South Gujarat. The 386km Padyatra continued for 25 days and ended on 5th April 2021.

This particular date was chosen because it marks the 91st anniversary of the Salt March initiated by the Father of our Nation. On 12th March 1930, Mahatma Gandhi initiated Dandi March from Sabarmati Ashram which proved to be a turning point in the Indian Independence Movement. The celebrations of Azadi Ka Amrit Mahotsav started 75 weeks before our 75th anniversary of Independence and will end on 15th August, 2023.

Many activities are planned under Azadi Ka Amrit Mahotsav. At the beginning of the campaign a website www.india75.nic was launched. Through this web portal India will be presented at the global level. Every individual state and city have made their own strategy to mark the celebrations at local level. Azadi Ka Amrit Mahotsav celebrations will include various programs, performances, competitions, rallies, community carnivals, etc.

Department of Higher Education and Department of School Education & Literacy have planned various activities under Azadi Ka Amrit Mahotsav. In the Man Ki Bat held on 31st July by PM Modi he asked the countrymen to replace their social media profile picture with the flag of India from 2nd August to 15th August.