Cloze Test for SBI PO-CLERK Mains
Its high time you should stick to your chairs and go through all the study matter which is very much needed to pass the exam along with the golden opportunity to let you score more. English  is thus counted as one of the among which creates heebie jeebies for most of the aspirants. Thus we are providing you with questions which will head you towards your goal. The provided quiz follows the study plan whose questions are structured according to the Mains level and through the medium of such types of questions covering one of the important topics like Reading Comprehension, Error Detection, Phrase Replacement etc., you can definitely crack any of the level as this is based on the type of questions that have come in the previous SBI PO mains exams and this quiz will also help aspirants preparing for BOB PO 2018.
Directions (1-15): In the following two passages there are blanks, each of which has been numbered. These numbers are printed below the passage and against each, five words are suggested, one of which fits the blank appropriately. Find out the appropriate word in each case.

Passage-1:
Hundreds of plants and animals are (1) every day due to deforestation and urbanization what might happen if this continues in the future? The last mass extinction of plant and animal species occurred 65 million years ago with the Dinosaurs. In all, five mass extinctions have occurred and scientists (2) earth is in sixth mass extinction. The word as it is now is threatened, including people, who are responsible for earth’s (3). Pesticides contaminating water; over harvesting of animals and plants; air pollution; illegal fishing and the Clearing of land are direct results of urbanization and deforestation. People have (4) and damaged almost half a earth’s land, at a very unsustainable rate.
Global warming is having a serious impact as well. A six-degree Celsius increase in global temperature killed 95% of All species on Earth 251 million years ago. An increase of six-degree Celsius is forecast this Century if a change is not made to (5) the damage done to earth. Humans will be one of the 95% of species lost. Noticeable, changes of global warming include migration (6) and the change in season Urnings. Migrating birds are migrating earlier, which in turn is causing them to hatch eggs and (7) young earlier than they did at the beginning of this Century. While this is just the tip of the iceberg many other (8) regarding the extinction of plant and animal species need addressing. It is more important now than ever before to pull our heads out of the sand arid make changes for the (9) of the earth. Future generations are (10), as they are a species as well.
Q1.
(a) killing
(b) alive
(c) born
(d) left
(e) lost
Show Answer
S1. Ans.(e)
Sol. ‘lost’ as the concern related to the loss of plants and animals has been shown into this paragraph.

Q4.
(a) altered
(b) created
(c) produced
(d) made
(e) brought
Show Answer
S4. Ans.(a)
Sol. ‘altered’ as the concern that the people have altered the half of the earth’s land has been shown here.

Q5.
(a) void
(b) dissipate
(c) argument
(d) reverse
(e) increase
Show Answer
S5. Ans.(d)
Sol. ‘reverse’ as an increase of six degrees has been forecasted to be happened if the reverse hasn’t been made to the damage.

Q6.
(a) delay
(b) birds
(c) slowdown
(d) hasten
(e) acceleration
Show Answer
S6. Ans.(e)
Sol. As migration ‘acceleration’ is one of the noticeable changes that have been mentioned in the paragraph.

Q7.
(a) spare
(b) bear
(c) destroy
(d) amend
(e) generation
Show Answer
S7. Ans.(b)
Sol. As the migrating birds are migrating earlier because of the damages and changes in the environment, so they ‘bear’ their young ones earlier in comparison to that they used to do ago.

Q10.
(a) endangered
(b) threaten
(c) evaluated
(d) living
(e) compared
Show Answer
S10. Ans.(a)
Sol. Future generations are under threat and ‘endangered’ if the current trend of the environmental changes continues to be happened because they are a species as well.

Passage-2:
Prior to independence the healthcare sector in India was in (11) with a large number of deaths and rampant spread of infectious diseases. After independence the Government of India laid (12) on primary healthcare and India has put in sustained efforts to better the healthcare system (13) the country, The government initiative was not enough to meet the demands of a growing populations be it in primary, secondary or tertiary healthcare. Alternate sources of finance were critical for the sustainability of the health sector. Till about 20 years ago, private sector ventures in the healthcare sector (14) of only solo practitioners, small hospital and nursing homes. The quality of service provided was excellent especially in the hospitals run by charitable trusts and religious foundations. In 1980’s realizing that the government on its own would not be able to (15) for healthcare, the government allowed the entry of private sector to reduce the gap between supply and demand for healthcare. The establishment of the private sector has resulted in the sea of opportunities in terms of medical equipment, information technology in health services. BPO, telemedicine and medical tourism.
Q11.
(a) shambles
(b) failure
(c) demand
(d) prosperity
(e) ruined
Show Answer
S11. Ans.(a)
Sol. ‘shambles’ means work done in a poor fashion. As the health sector was in shambles before the independence.

Q12.
(a) bricks
(b) emphasize
(c) request
(d) stress
(e) important
Show Answer
S12. Ans.(d)
Sol. As after the independence, Government of India laid ‘stress’ on the betterment of the healthcare system and put sustained efforts for it.

Q15.
(a) cater
(b) provide
(c) manage
(d) survive
(e) give
Show Answer
S15. Ans.(b)
Sol. In 1980’s it was realized that the government would not be able to ‘provide’ for the healthcare alone, so it allowed the entry of the private sectors into it. 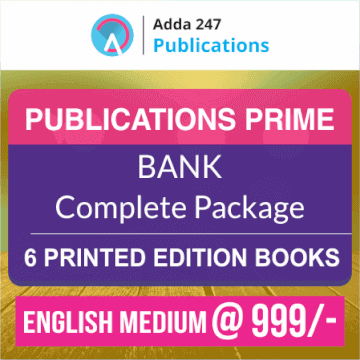 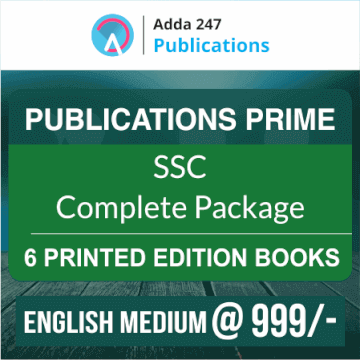