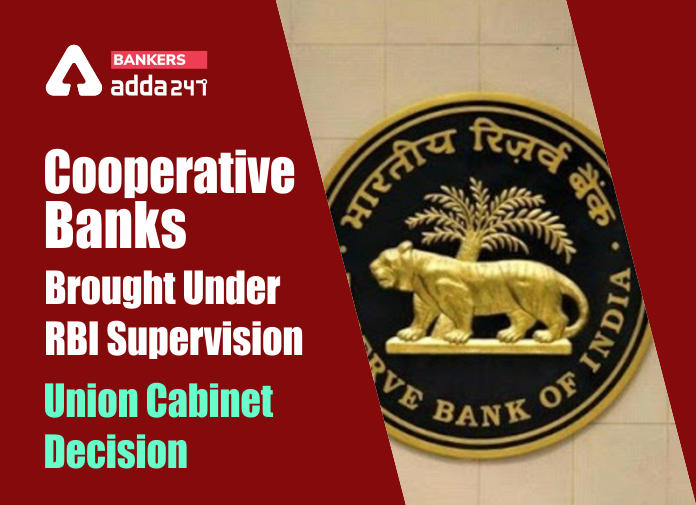 On 24th June 2020, I&B minister Prakash Javadkar said after a meeting of the union cabinet that the Union government has decided to bring 1,482 urban cooperative banks and 58 multi-state cooperative banks, under the supervisory powers of the Reserve Bank of India. Just like scheduled bank now the RBI’s powers will apply to cooperative banks as well. This decision to bring 1,540 cooperative banks under RBI’s supervision will act as an assurance to more than 86 million depositors in these banks regarding their money which is amounting to Rs. 4.84 trillion will stay safe.

After this announcement, the Union government will bring an ordinance to put cooperative banks under RBI supervision.

What Will Change Now?

Cooperative banks have been a lot of crisis recently so in order to regulated them more properly, this decision has been taken.

Scheduled commercial banks comes under the control of RBI and customers have great faith in them but as the cooperative banks were getting into trouble recently, these incidents have broken the trust of the consumer so inorder to restore the faith of the consumer this decision has been taken.

The money of consumer in scheduled commercial banks are secured under the Deposit Insurance And Credit guarantee corporation while cooperative banks money wasn’t secure earlier but now it is.