Skip to content
Latest Banking jobs   »   Current Affairs 29th July 2019 |...
Dear Aspirants,
The General Awareness Section plays an important role in scoring well above cut off marks in any competitive exam. The Banking Awareness and Static Awareness questions asked in the General Awareness Section are based on Current Affairs mainly. So you need to prepare well for this section to score good marks. Here is the Daily GK Update to get you acquainted with the top events that made the headlines today!

i. The Government of India begins the 7th Economic Census from Tripura.
ii. Ministry of Statistics and Programme Implementation (MoSPI) will conduct the census.
iii. It will be conducted after a gap of 5 years.
iv. The fieldwork is expected to be completed by December and the results at the national level is expected to be available by March 2020.

i. The 5th international Dharma-Dhamma conference was inaugurated by Union Minister of State Kiren Rijiju.
ii. The aim of the conference is to address people about the terror, violence and global warming prevalent in the world.
iii. The conference will also address the subjects of Sat-Chit-Ananda and Nirvana which are the pivotal topics of Buddhism.
Static/Current Takeaways Important For RRB NTPC/IBPS RRB Main 2019:

3. Nepal invited as a partner country for Gita Jayanti Mahotsav 2019

i. Haryana Chief Minister Manohar Lal Khattar has invited Nepal to be the partner country for this year’s ‘Gita Jayanti Mahotsav 2019’ scheduled to be held at Kurukshetra.
ii. He extended the invitation to Ambassador of Nepal to India Nilamber Acharya.

i. WhatsApp has partnered with NITI Aayog, under the Women Entrepreneurship Platform (WEP) to announce its plan to support and promote women entrepreneurs in India.
ii. WhatsApp will also partner with the Women Transforming India (WTI) Awards 2019, flagship initiative of NITI Aayog.

i. IPS officer V.K. Johri has been appointed as the next Director General (DG) of the country’s largest border guarding force, Border Security Force(BSF).
ii. He is presently serving as the Special Secretary in the external intelligence agency RAW, under the Cabinet Secretariat.
iii. The order has been issued by the Appointments Committee of the Cabinet (ACC) that is headed by Prime Minister Narendra Modi.

i. Girish Bapat has been appointed the chairman of the “Estimates Committee” of the parliament.
ii. Lok Sabha Speaker Om Birla made the appointment.
iii. Estimates committee is one of the three financial standing committees of the parliament apart from the public accounts committee and committee on public undertakings.

7. Lt Gen Paramjit Singh to be new DGMO of Army

i. Lt Gen Paramjit Singh, who has vast experience in counter-terror operations, will be the next Director General of Military Operations (DGMO) of the Indian Army.
ii. Lt Gen Singh, currently serving as General Officer Commanding of the Army’s Nagrota-based XVI Corps, will take over as the new DGMO on October, succeeding Lt Gen Anil Chauhan.
Awards 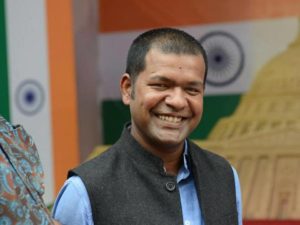 i. Padma Awardee Sudarsan Pattnaik has won the People’s Choice Award at a prestigious sand sculpting festival in the U.S.
ii. Pattnaik was participating in the 2019 Revere Beach International Sand Sculpting Festival in Boston, Massachusetts.
iii. He won the People’s Choice Award for his sand sculpture ‘Stop Plastic Pollution, Save Our Ocean’.
9. Meryl Streep to receive Tribute Actor Award at TIFF 2019

i. Veteran star Meryl Streep will be honoured Tribute Actor award at the 2019 in 44th Toronto International Film Festival.
ii. The 70-year-old actor will be the first-ever recipient of the award in TIFF.
iii. Streep is a 3 times Oscar winner for the Iron Lady, Sophie’s choice and Kramer vs Kramer.
Obituaries

i. Former Gujarat MP Vitthal Radadiya passed away.
ii. He was one of the Saurashtra’s most prominent politicians and was former Member of Parliament from Porbandar in Gujarat.
iii. Vitthal Radadiya also served as a director of IFFCO and was the chairman of the Rajkot District Co-operative Bank.
Sports

i. The 3rd edition of Khelo India Youth Games 2020 will be held in Guwahati. The Games will see a participation of more than 10,000 athletes and officials.
ii. It will be conducted in partnership with Indian Olympic Association(IOA), School Games Federation of India(SGFI) & Assam as host State.
Static/Current Takeaways Important For SBI Clerk Main 2019:
14.  Max Verstappen wins German Grand Prix 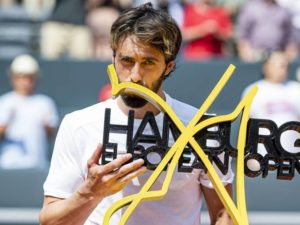 i. Egan Bernal became the 1st Colombian to win the Tour de France which finished in Paris, France.
ii. He beat the defending champion Geraint Thomas of Britain by 1 minute 11 seconds.
iii. The 22 year old Bernal has also become the youngest rider to win the race in 110 years.
iv. The Tour de France is an annual men’s multiple stage bicycle race.

i. World Health Organization observe 28 July every year as “World Hepatitis Day” to step up national and international efforts on hepatitis.
ii. The date of 28 July was chosen because it is the birthday of Nobel-prize winning scientist Dr Baruch Blumberg, who discovered hepatitis B virus (HBV) and developed a diagnostic test and vaccine for the virus.
iii. The theme for 2019 is “Invest in eliminating hepatitis”.
iv. The host country for World Hepatitis Day 2019 is Pakistan.