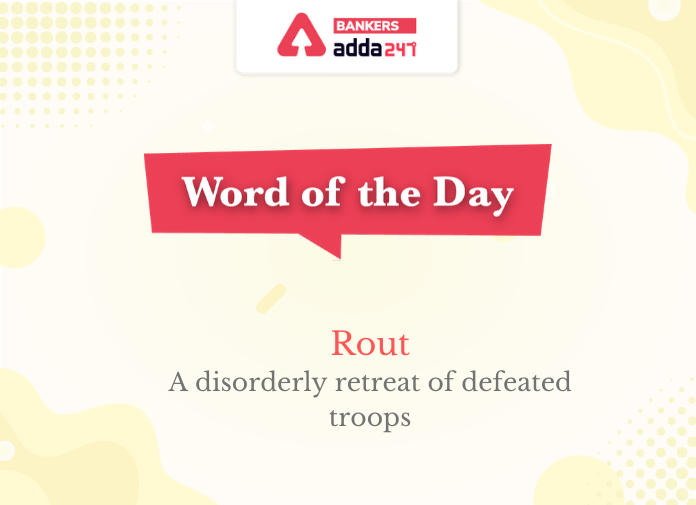 Dive (verb) : डुबकी
Meaning: plunge headfirst into the water with one’s arms raised over one’s head.
Synonyms: leap, plunge, dash
Antonyms: ascent, increase, rise
Example: “That wasn’t much of a dive,” his father said, swimming up to him.

Pile up (noun): ढेर लगाना
Meaning: a crash involving several vehicles.
Synonyms: bang, bash, blast
Antonyms: accomplishment, building
Example: Pour the sauce on a dish and pile up the rabbit in the middle of it.

Quarantine (noun): कोरांटीन
Meaning; a state, period, or place of isolation in which people or animals that have arrived from elsewhere or been exposed to the infectious or contagious disease are placed.
Synonyms: detention, lazaretto
Example: The ship only got to the quarantine ground that day, but in the morning we went to sea.

Adjourn (verb) : स्थगित
Meaning: break off (a meeting, legal case, or game) with the intention of resuming it later.
Synonyms: defer, delay, discontinue
Antonyms: advance, carry out, continue
Example: But let us adjourn to my study, and examine these new stories.

Plea (noun) : दलील
Meaning: a request made in an urgent and emotional manner.
Synonyms: appeal, application, entreaty
Antonyms; demand, answer, decision
Example:Life shelves them on the plea that they are old; but that is not the reason.

steeple (Verb) : घंटाघर
Meaning; place (the fingers or hands) together so that they form an upward-pointing V-shape.
Synonyms; steely, deeply
Example: But the steeple stands foremost, in our thoughts, as well as locally.

Detention (noun) : निरोध
Meaning: the action of detaining someone or the state of being detained in official custody.
Synonyms: arrest, custody, delay
Antonyms: aid, assistance, help
Example: We had good passages out and home, experiencing no detention or accidents.

Regime (noun) : शासन
Meaning: a system or ordered way of doing things.
Synonyms: management, reign, rule
Example: It was a regime that delighted to honor men of Don Carlos’s stamp.