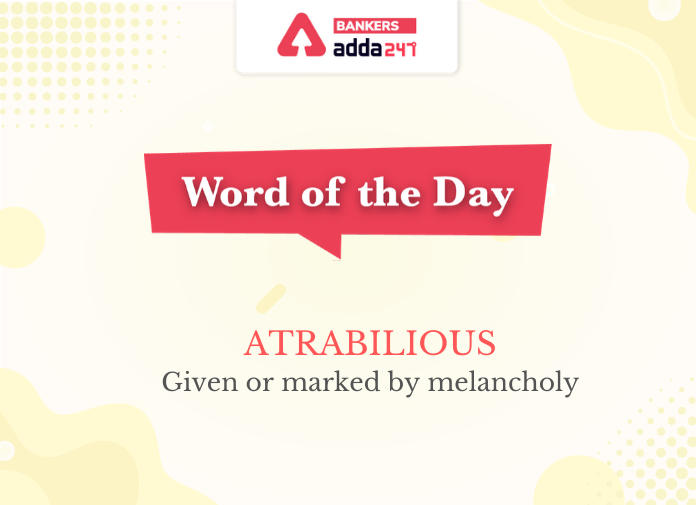 STRIP (noun) : पट्टी
Meaning: remove all coverings from.
Synonyms: layer, ribbon, rod
Antonyms: whole
Usage: Wrap in a strip of gauze or cheesecloth and place in a steamer.

SCURRILOUS (Adjective): मिथ्या
Meaning: Making or spreading scandalous claims about someone with the intention of damaging their reputation.
Synonym: abusive, vituperative, derogatory, disparaging
Antonym: clean, decent, moral, deferential, tempered
Usage There were scurrilous attacks on the party leader by the opposition.

COVENANT (Noun) : प्रतिज्ञापत्र
Meaning: an agreement., agree by lease, deed, or other legal contracts.
Synonym: accord, deal, bargain, settlement
Antonym: disagreement, denial, misunderstanding, refusal
Usage: “there was a covenant between the Indian government and British government to bring down the fugitive.

PANDER (verb) बढ़ावा देना
Meaning: gratify or indulge (an immoral or distasteful desire or taste or a person with such a desire or taste)
Synonyms: indulge, gratify, satisfy, yield.
Antonyms: dissatisfy, deny, refuse, disturb.
Usage: She tries to hold on to as much genuine stuff as she can while pandering to fancier tastes.

BLOC (noun) गुट
Meaning: a group of countries or political parties with common interests who have formed an alliance.
Synonyms: association, coalition, federation, confederation.
Usage: The parliamentary members tended to coalesce in blocs, which were alliances in support of particular philosophies.