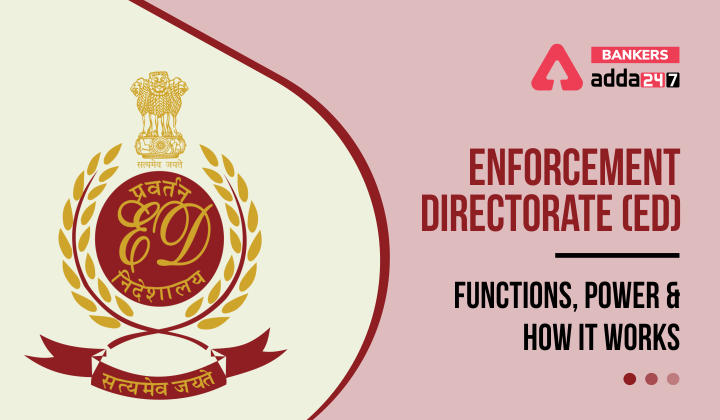 Sanjay Raut, a Rajya Sabha member, was arrested by the ED in money laundering case on August 1

What is Enforcement Directorate?

ED is a multi-disciplinary organization mandated with investigation of offence of money laundering and violations of foreign exchange laws. The statutory functions of the Directorate include enforcement of five acts which are

What is Prevention of Money Laundering Act, 2002 (PMLA)?

It is a criminal statute that was passed to stop money laundering, to provide for the confiscation of property derived from, involved in, or connected to money laundering, as well as for things related to or incidental to such activity.

ED has been given the responsibility to enforce the provisions of the PMLA by conducting investigation to trace the assets derived from proceeds of crime, to provisionally attach the property and to ensure prosecution of the offenders and confiscation of the property by the Special court.

What is the Foreign Exchange Management Act, 1999 (FEMA)?

It is a civil law enacted to consolidate and amend the laws relating to facilitate external trade and payments and to promote the orderly development and maintenance of foreign exchange market in India.

ED has been given the responsibility to conduct investigation into suspected contraventions of foreign exchange laws and regulations, to adjudicate and impose penalties on those adjudged to have contravened the law.

What is the Fugitive Economic Offenders Act, 2018 (FEOA)?

This law was enacted to deter economic offenders from evading the process of Indian law by remaining outside the jurisdiction of Indian courts. It is a law whereby Directorate is mandated to attach the properties of the fugitive economic offenders who have escaped from the India warranting arrest and provide for the confiscation of their properties to the Central Government.

What is the present context of  Foreign Exchange Regulation Act, 1973 (FERA)?

This act has been repealed, but the main functions under the repealed FERA are to adjudicate the Show Cause Notices issued under  the said Act upto 31.5.2002 for the alleged contraventions of the Act which may result in imposition of penalties and to pursue prosecutions launched under FERA in the concerned courts.

How Conservation of Foreign Exchange and Prevention of Smuggling Activities Act, 1974 (COFEPOSA) empowers the ED?

ED is the Sponsoring agency under COFEPOSA. Under the Conservation of Foreign Exchange and Prevention of Smuggling Activities Act, 1974 (COFEPOSA), this Directorate is empowered to sponsor cases of preventive detention with regard to contraventions of FEMA.

What is its historical background of ED?

The origin of this Directorate goes back to 1st May, 1956, when an ‘Enforcement Unit’ was formed in the Department of Economic Affairs for handling Exchange Control Laws violations under Foreign Exchange Regulation Act, 1947 (FERA ’47)

Under which ministry it works?

Department of Revenue, Ministry of Finance

Who is the director of enforcement ?

Just like the police registers a First Information Report (FIR) before starting investigation in a cognizable offence, similarly the ED registers an ECIR upon receiving information of the commission of the offence of money laundering.

But it is not mandatory to share the ECIR with accused as it is done with the FIR.

How the term money laundering came into picture?