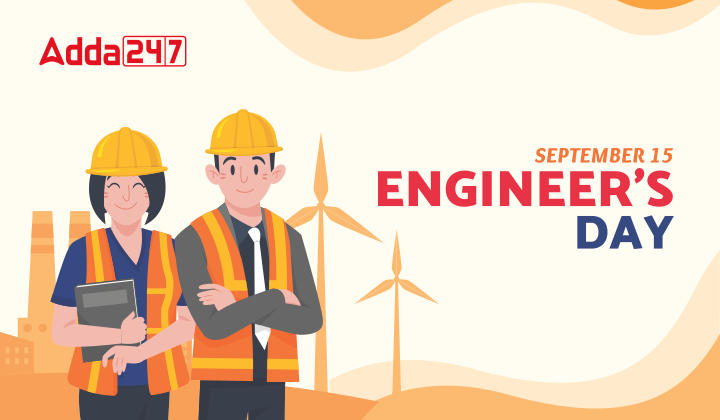 The Indian Government proclaimed that the birth anniversary of M Visvesvaraya will be marked as Engineer’s Day in 1968. M Visvesvaraya was born on September 15, 1861, in Karnataka. He was a great scholar, statesman, the first Indian Civil Engineer, and the 19th Diwan of Mysore. Mokshagundam Visvesvaraya was brought up in a Telugu Brahmin Family. His primary education was completed in Bangalore and at the University of Madras, he attained his B.Sc Degree. M Visvesvaraya did Diploma in Civil Engineering(DCE) from the College of Engineering, Pune which has its affiliation with the University of Bombay and is the third oldest Engineering College in Asia.

Mokshagundam Visvesvaraya contributed to several projects such as the Krishna Raja Sagara dam in Mysore, the irrigation system executed in the Deccan Plateau, the flood protection framework for Hyderabad, and creation of block systems. To uplift the water supply level and store water at Khadakvasla reservoir near Pune M Visvesvaraya patented and introduced an irrigation system having water floodgates. This irrigation system was further installed at Tigra Dam at Gwalior and Krishnaraja Sagara Reservoir, KRS Dam in Mysore. He worked as Diwan of Mysore from 1912 to 1918. The highest honor of India, Bharat Ratna was received by Mokshagundam Visvesvaraya in 1955 for his extraordinary contributions for the nation.

Engineer’s Day is commemorated to aware the Engineers of India their role and responsibilities towards the development of the country. The Engineers especially the Civil Engineers should consider M Visvesvaraya as their guiding path. The citizens of the country should also understand the importance of Engineers and the work they perform of construction, instrumentation, and ringing new technologies in the world. On the occasion of Engineer’s Day a memorial is held for M Visvesvaraya at his birthplace in Muddenahalli. Events, seminars, campaigns, workshops, etc. are organized on the Engineer’s Day.

Q.1 When is Engineer’s Day celebrated in India?

Ans. Every year Engineer’s Day is celebrated in India on 15th September.

Q.2 Whose birth anniversary is observed as Engineer’s Day in India?

Ans. The birth anniversary of M Visvesvaraya is observed as Engineer’s Day in India.