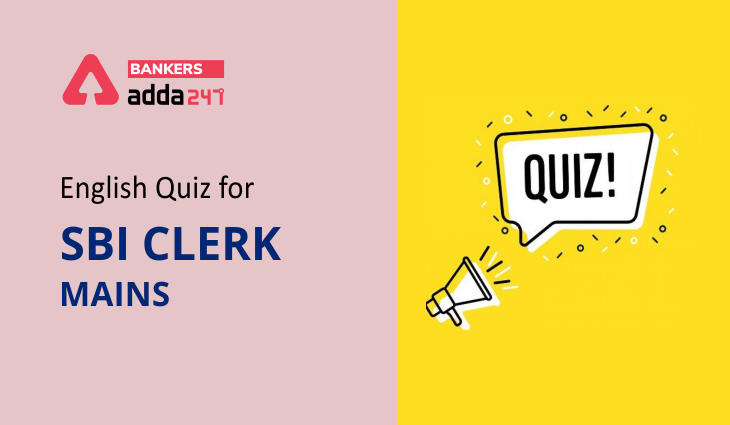 Directions (1-10): Read the following passage carefully and answer the questions given below them. Certain words/phrases have been printed in bold to help you locate them while answering some of the questions.

India’s water crisis is clear and present, with implications for the health of the entire population. According to the Composite Water Management Index developed by Niti Aayog, 70% of the water resources are identified as polluted. This is based primarily on data supplied by States for calculating the index. If the water accessible to millions is contaminated, the problem is infinitely worse than that of availability. The system of ratings for States is based on their performance in augmenting water resources and watersheds, investing in infrastructure, providing rural and urban drinking water, and encouraging efficient agricultural use. It presumes that this ‘hall of fame’ approach will foster “competitive and cooperative federalism”. What emerges from the early assessment is that States such as Gujarat, Madhya Pradesh, Andhra Pradesh, Karnataka, Maharashtra, Punjab and Telangana have initiated reforms for judicious water use, while populous ones such as Uttar Pradesh and Bihar have failed to respond to the challenge.

Tamil Nadu, which has a middling score, does well on augmentation of water sources, but is abysmally poor in ensuring sustainable use for farming. The trends that the data reflect of high to extreme stress faced by 600 million people call for speedy reforms. Two areas that need urgent measures are augmentation of watersheds that can store more good water, for use in agriculture and to serve habitations, and strict pollution control enforcement. In this context, the Committee on Restructuring the Central Water Commission and the Central Ground Water Board, chaired by Mihir Shah, has called for a user-centric approach to water management, especially in agriculture. It advocates decentralisation of irrigation commands, offering higher financial flows to well-performing States through a National Irrigation Management Fund. Clearly, awarding an index rank should help advance such schemes, making States feel the need to be competitive. Yet, such approaches may not resolve seemingly intractable inter-State river disputes.

As the Cauvery issue has demonstrated, State governments would rather seek judicial intervention than be accused of bartering away the rights to a precious resource under a shared, cooperative framework. Groundwater extraction patterns need to be better understood through robust data collection; less than 5% of about 12 million wells are now under study. Steady urbanisation calls for a new management paradigm, augmenting sources of clean drinking water supply and treatment technologies that will encourage reuse. Pollution can be curbed by levying suitable costs. These forward-looking changes would need revamped national and State institutions, and updated laws. A legal mandate will work better than just competition and cooperation; it would make governments accountable.

Q1. Which of the following statements can be inferred from the passage above?
(a) Meeting the water-related challenges posed by population growth, climate change and other factors may require the reform of institutions in charge of water management.
(b) Getting access to water which is contaminated is worse than the problem of availability of water.
(c) The global population is growing fast, and estimates show that with current practices, the world will face a 40% shortfall between forecast demand and available supply of water by 2030.
(d) Each year, more than two lakh people in India die due to water scarcity while 900 million people undergo extreme water stress due to the deprivation of water.
(e) None of the Above

Q2. Tamil Nadu has a middling score and does well on augmentation of water resources, but it lacks in
(a) Ensuring strict pollution control enforcement.
(b) Providing Rural and Urban drinking water
(c) Ensuring sustainable use for farming.
(d) Advocating proper water cleaning treatments.
(e) None of the above

Q3. As per the passage, the system of ratings for states is based on which of the following parameters?
(a) Performance in enhancing water resources and water sheds.
(b) Performance in encouraging efficient use of water in agriculture.
(c) Performance in providing rural and urban drinking water.
(d) Both (a) and (b)
(e) All are correct.

Q4. Which of the following is the most suitable title for the given passage?
(a) Water Pollution in India
(b) Augmenting Water Resources
(c) Parched or Polluted: On India’s Water Crisis
(d) Urbanization and Water Crisis
(e) Problems of Water Scarcity

Q5. Choose the word which is MOST SMILAR to the word given in passage
AUGMENTING
(a) Compressing
(b) Dominating
(c) Retrenching
(d) Amplifying
(e) Synchronizing

Q6. Choose the word which is MOST SMILAR to the word given in passage
INTRACTABLE
(a) Amenable
(b) Stubborn
(c) Docile
(d) Submissive
(e) Manageable

Q7. Choose the word which is MOST SMILAR to the word given in passage
BARTERING
(a) Dickering
(b) Amending
(c) Advocating
(d) Keeping
(e) Appalling

Q8. Choose the word which is OPPOSITE to the word given in passage
ROBUST
(a) Lively
(b) Adamant
(c) Vital
(d) Resolute
(e) Sluggish

Q9. Choose the word which is OPPOSITE to the word given in passage
CURBED
(a) Tamed
(b) Impediment
(c) Raged
(d) Permitted
(e) Vogue

Q10. Choose the word which is OPPOSITE to the word given in passage
REVAMPED
(a) Modified
(b) Varied
(c) Concentrated
(d) Managed
(e) Stabilized

Q11. In each question, a sentence is given in five parts, one of which is erroneous. Mark the option that has the error.
(a) Some politicians in Kerala have demanded a 150 percent hike
(b) in the excise duty of palm oil in view that the crash in price of coconut and coconut products
(c) due to indiscriminate import of edible oils
(d) and flooding of the market with low quality palmolein
(e) throughout the state.

Q12. In each question, a sentence is given in five parts, one of which is erroneous. Mark the option that has the error.
(a) It is awareness about tourism being
(b) one of the largest foreign exchange earners that even so the
(c) north-eastern states have started raising
(d) a disconcerted voice for relaxation of visas restrictions in the region
(e) and are seriously discussing it with the authorities.

Q13. In each question, a sentence is given in five parts, one of which is erroneous. Mark the option that has the error.
(a) Your results depend not only
(b) on how long
(c) you have studied but also on how long you have read
(d) carefully the entire syllabus
(e) No error

Q14. In each question, a sentence is given in five parts, one of which is erroneous. Mark the option that has the error.
(a) The choice
(b) of the cuisine
(c) could be left to the
(d) women them self
(e) like always

Q15. In each question, a sentence is given in five parts, one of which is erroneous. Mark the option that has the error.
(a) The reason is
(b) because of suits being so
(c) expensive, it is relatively economical
(d) to buy casual wear
(e) in India

S1. Ans.(b)
Sol. Refer 1st paragraph. It has beeen mentioned in the 4th line that if water accessible to millions is contaminated, the problem is infinitely worse than that of availability.

S2. Ans.(c)
Sol. Refer 2nd paragraph. Tamil Nadu has a middling score in water sources augmentation, but it is poor in ensuring sustainable use for farming.

S3. Ans.(e)
Sol. The answer can be inferred from the following lines “The system of ratings for States is based on their performance in augmenting water resources and watersheds, investing in infrastructure, providing rural and urban drinking water, and encouraging efficient agricultural use”

S4. Ans.(c)
Sol. The most appropriate title for the passage above is “Parched or Polluted: On India’s Water Crisis”.

S5. Ans.(d)
Sol. Augmenting: making (something) greater by adding to it; increasing.
Amplifying: enlarge upon or add detail to (a story or statement).
Compressing: express in a shorter form; abridge.
Dominating: have power and influence over.
Retrenching: reduce (something) in extent or quantity.
Synchronizing: causing to occur or operate at the same time or rate.

S6. Ans.(b)
Sol. Intractable: hard to control or deal with.
Stubborn: having or showing dogged determination not to change one’s attitude or position on something, especially in spite of good reasons to do so.
Amenable: open and responsive to suggestion; easily persuaded or controlled.
Docile: ready to accept control or instruction; submissive.
Submissive: ready to conform to the authority or will of others; meekly obedient or passive.

S7. Ans.(a)
Sol. Bartering: exchange (goods or services) for other goods or services without using money.
Dickering: engage in petty argument or bargaining.
Amending: make minor changes to (a text, piece of legislation, etc.) in order to make it fairer or more accurate, or to reflect changing circumstances.
Advocating: publicly recommend or support.
Appalling: causing shock or dismay; horrific.

S9. Ans.(d)
Sol. Curbed: restrained or keep in check.
Tamed: make less powerful and easier to control.
Impediment: a hindrance or obstruction in doing something.
Raged:   feel or express violent uncontrollable anger.
Permitted: officially allow (someone) to do something.
Vogue: the prevailing fashion or style at a particular time.

S10. Ans.(e)
Sol. Revamped: give new and improved form, structure, or appearance to.
Stabilized: make or become unlikely to change, fail, or decline.

S13. Ans.(e)
Sol. The sentence displays a correct subject-verb agreement and coordinating conjunction. So there is no error.