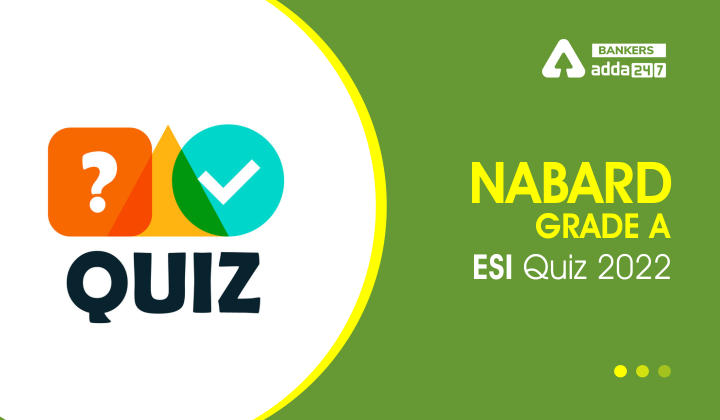 Q9. For which of the following crops , Minimum Support Price is not declared?
(a) Rice
(b) Wheat
(c) Sugarcane
(d) Copra
(e) Jowar

Ans.1.(c)
Any designated foreign airline can operate to/from a point in India if it is designated as a point of call in the bilateral Air Services Agreement (ASA) signed between India and the country which has designated the airline. India has signed ASAs with 116 foreign countries

Ans.5.(b)
Ministry of Health and Family Welfare (MoHFW) conducts one integrated survey namely National Family Health Survey (NFHS) at an interval of about 3 years and so far, completed five rounds of survey

Ans.6.(c)
MHA has launched the “National Database on Sexual Offenders” (NDSO) on 20th September 2018 to facilitate investigation and tracking of sexual offenders across the country by law enforcement agencies

Ans.7(b)
Indian Army Chief General Manoj Pandey, who is on a visit to Bhutan, held a bilateral discussion with the fourth King of the country Jigme Singye Wangchuk.
Army Chief concludes his visit by paying homage at the Druk Wangyal Khang Zhang Chortens at Dochula. It was established in honour of the fallen heroes of the Royal Bhutan Army who made supreme sacrifice in operations against insurgents.

Ans.8.(b)
Two months after the Archaeological Survey of India (ASI) red-flagged a religious ceremony at the Martand Sun Temple in Jammu and Kashmir’s Anantnag — wherein Lieutenant-Governor Manoj Sinha also participated — a group of Hindu pilgrims entered its premises and held an hour-long prayer session in an inner section.

Ans.10.(a)
The Reserve Bank of India’s composite financial inclusion index (FI-Index) capturing the extent of financial inclusion across the country rose to 56.4 in March 2022, showing growth across parameters. RBI now publishes the index annually in July every year.
it comprises three broad parameters — access with 35% weightage, usage with 45% weightage and quality with 20% weightage. It incorporates details of banking, investments, insurance, postal as well as the pension sector.