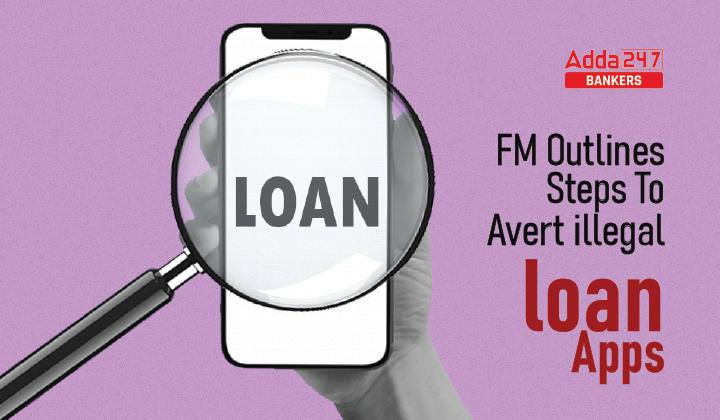 FM outlines steps to avert illegal loan apps: Recently, Nirmala Sitharaman, our Union Finance Minister, presided over a meeting to talk about the problems concerning illegal loan applications that are outside the normal banking channels. The Deputy Governor of RBI, Executive Director of RBI, and the Secretaries of Economic Affairs, Financial Services, Electronics & Information Technology, Revenue, & Corporate Affairs (Addl. Charge), and the Ministry of Finance Secretary were present at the meeting. In this meeting, they came up with a number of steps to prevent the use of such applications and reduce the chances of digital fraud.

Nirmala Sitharaman, in a meeting with the Deputy Governor and Executive Director of RBI, and the Secretaries of Economic Affairs, Financial Services, Electronics & Information Technology, Revenue, & Corporate Affairs (Addl. Charge), and the Ministry of Finance’s Finance Secretary discussed the problems arising due to the digital lending apps, that are outside the normal banking channels. They also talked about the risk of data exposures, privacy violations, money laundering, tax evasion, and misuse of shell companies, defunct NBFCs, unregulated payment aggregators, etc. for carrying out harmful and illegal activities.

What is the issue?

Steps to be taken:

The discussion on this issue led to a number of conclusions, including:

The meaning of a few terms used in the article is given below :