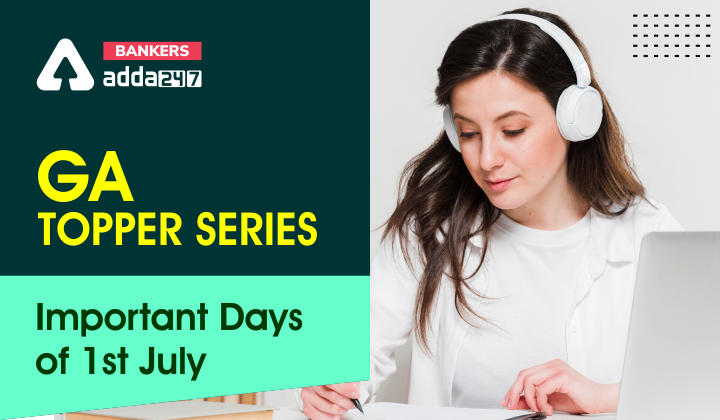 The theme for this year’s celebration of National Doctors’ Day in India is “Family Doctors on the Front Line.” The theme highlights the contribution of doctors who care for the whole family or a community.

National Doctors’ Day celebrations in India began in 1991 on July 1 to honour Dr. Bidhan Chandra Roy or B.C. Roy, whose birth and death anniversary, both fall on July 1. B.C. Roy was a famous physician and freedom fighter from West Bengal. He also became the Chief Minister of West Bengal from 1948 till his death in 1962.

On July 1st, 1949, an act of Parliament gave birth to the Institute of Chartered Accountants of India (ICAI). Founded a year before the Constitution of the country was formalized, the ICAI counts itself among the oldest professional institutions in the country. It is the second-largest professional accounting and finance body in the world in terms of members, with a current roster of about 2.5 lakhs members.

It commemorates the implementation of the Goods and Services Tax GST that replaced the old indirect tax regime in the country. It was launched in a special ceremony held in the central hall of Parliament on the intervening night of 30th June and 1st July 2017.

Some facts about GST: