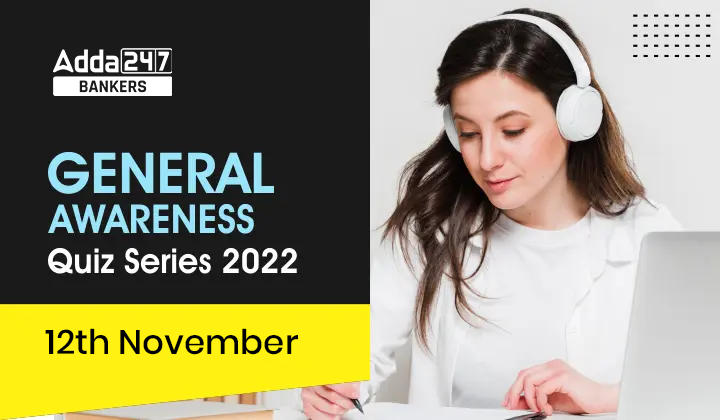 General Awareness Quiz Series 2022: 12th November: Hello Students, General Awareness is an essential part of all government exams. It’s better to prepare this section daily and revise the same using the factsheet provided. Bankersadda team has brought you up a new series in which we will come up with 10 questions and answers, other options of the question have related news to them. So don’t miss reading the solutions.

Q5. Who is the founder of the city Bengaluru?

Q8. Who has been appointed as the President of all India Rubber Industries?

Q9. UMEED scheme for Rural Livelihoods Mission is of which state?

Q10. Which state is observing 10th November as Millets Day?

Saudi Arabia would contribute USD 2.5 billion to ‘Middle East Green Initiative’ over the next ten years, and host its headquarters. The Middle East Green Initiative was launched by the crown prince in 2021 as part of efforts to reduce regional carbon emissions. The initiative aims to reduce carbon emissions from regional hydrocarbon production by more than 60%.

The statue is built to commemorate the contribution of Nadaprabhu Kempegowda, the founder of the city, towards the growth of Bengaluru. Conceptualised and sculpted by Ram V Sutar of the Statue of Unity fame, 98 tonnes of bronze and 120 tonnes of steel have gone into making this statue.

Indian Army organizes fair/mela in continuation of Diamond jubilee celebrations of Battle of Walong in Arunachal Pradesh. It is part of the Diamond jubilee celebrations of the Battle of Walong to commemorate the bravery and sacrifice of the Indian Army while defending the Indian territory against the Chinese aggression of 1962.

All India Rubber Industries Association (AIRIA) has announced that it has elected Ramesh Kejriwal as its president.

Adidas has appointed Bjorn Gulden, the CEO of rival Puma, as its new chief executive

The UMEED Scheme of Jammu and Kashmir Rural Livelihoods Mission (JKRLM) is providing help to the aspirations of rural women in the Union Territory, who aspire to become economically independent.

Kerala becomes the first state in India to launch uniform gold prices based on the bank rate. The decision is to introduce a uniform price on 916 purity 22-carat gold.

The state government of Odisha is observing 10th November 2022 as ‘Millet Day’ in the state. The day is chosen according to the Hindu calendar, the 1st thursday of margasira month.