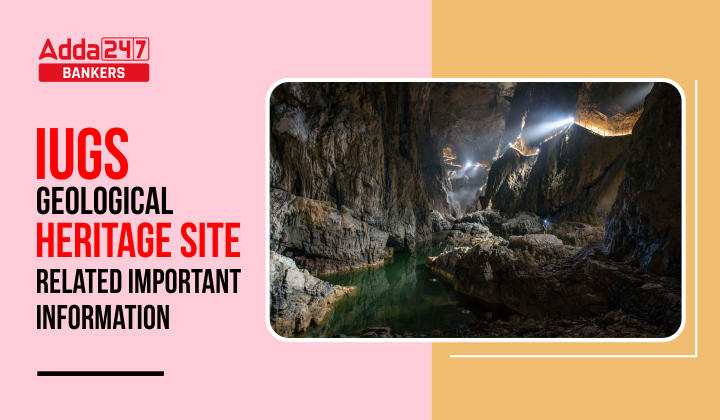 What is IUGS Geological Heritage Site?

”An IUGS Geological Heritage Site is a key place with geological elements and/or processes of scientific international relevance, used as a reference, and/or with a substantantial contribution to the development of geological sciences through history “

How the IUGS sites were selected?

All proposals were evaluated by 34 voting members.
An IUGS selection committee was established. All 550 evalutions were reviewed to double check and ensure quality control. 150 sites clearly fulfil the definition and standards.150 sites have been accepted as IUGS Geological Heritage Sites.
Only The First 100 will be designated in 2022. The rest will be designated in 2023.
Another 31 sites have been deferred.

In how many countries IUGS Geological Heritage sites were designated?

Where is the secretariat of IUGS?

Where IUGS is celebrating its 60th anniversary?

Which IUGS geological heritage site is located in India?

Mawmluh Cave, located in the East Khasi Hills district of Meghalaya, as one of the first 100 IUGS geological heritage sites