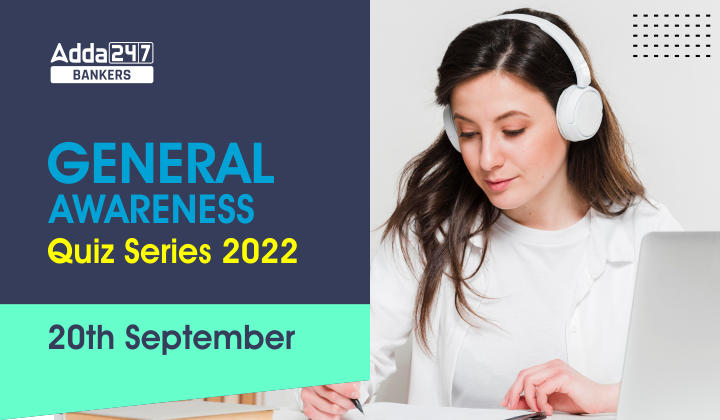 General Awareness Quiz Series 2022: 20th September: Hello Students, General Awareness is an essential part of all government exams. It’s better to prepare this section daily and revise the same using the factsheet provided. Bankersadda team has brought you up a new series in which we will come up with 10 questions and answers, other options of the question have related news to them. So don’t miss reading the solutions.

Q4. Which company has been acquired by Adani group?

Q5. Who has been appointed as the MD and CEO of CSB Bank?

Q8. The Project Cheetah aims to improve the Indian Air Force’s fleet by inducting which of the following?

Q9. Which of the actors has published the book named “Muskurate Chand Lamhe aur Kuchh Khamoshiyan”?

Q10. What percentage of GDP is India’s Logistic cost as shared by the Prime Minister during the launch of National Logistics Policy?

Union Minister Dr. Jitendra Singh awarded INSPIRE Awards to 60 entrepreneurs, as well as financial assistance to 53,021 students, on behalf of the Ministry of Science and Technology.

The Border Security Force’s (BSF’s) first female camel riding squad is ready to be deployed along the India-Pakistan border in Rajasthan and Gujarat.

The government has appointed Mr. Thomas M Devasia  – a senior executive from the private sector – as a member (non-life) of the Insurance Regulatory and Development Authority of India (IRDAI).

CSB Bank Limited (erstwhile Catholic Syrian Bank Limited) has appointed Mr. Pralay Mondal as the Managing Director (MD) & Chief Executive Officer (CEO) of the Bank for a period of 3 years up to September 14, 2025.

India’s logistics cost as a proportion of the Gross Domestic Product (GDP) is believed to be around 13-14 per cent. The government now aims to bring it down to single digits as soon as possible.