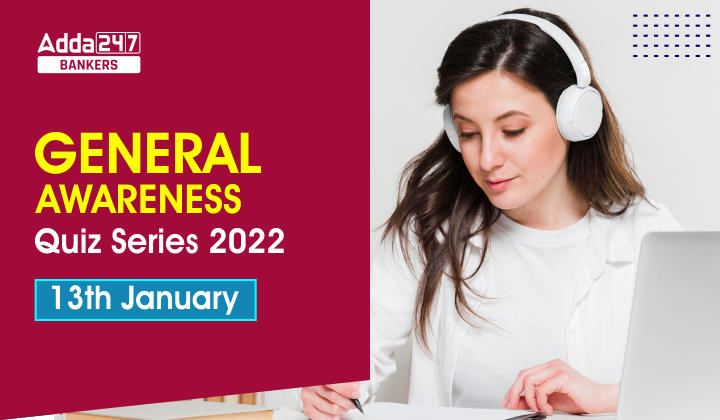 General Awareness Quiz Series 2023: 13th January: Hello Students, General Awareness is an essential part of all government exams. It’s better to prepare this section daily and revise the same using the factsheet provided. Bankersadda team has brought you up a new series in which we will come up with 10 questions and answers, other options of the question have related news to them. So don’t miss reading the solutions

Q1. Who has written the book Jadunama : a book written on veteran writer-lyricist Javed Akhtar?

Q2. What is the name of former and last King of Greece?

Q3. Which Indian sports association has launched its metaverse product in January 2023?

(b) Table Tennis Federation of India

Q5. Which state has made Guinness Book of World Records by taking 4,500 penalty kicks in 12 hours?

Q6.Which UT/state has approved 30 percent horizontal reservation to domicile women of the state in the government jobs bill?

Q7. Consider the following statements about’ Year of Enterprises’ Project:

Which of the statements are correct?

Q8. Who has been appointed as the chief technologist of NASA?

Q9. Consider the following statements about Kisan Vikas Patra (KVP) and choose which is incorrect?

(d) The minimum amount that can be invested is Rs 1000

Q10. In which month Ministry of Road Transport & Highways, Government of India is observing the Road Safety Week?

Prince Harry, Duke of Sussex, a member of the British royal family, has released his memoir titled “Spare”. The book was written with the assistance of American novelist J. R. Moehringer

Constantine II, the former and last King of Greece who ruled Greece before the country became a republic in 1974 passed away in Athens, Greece, at 82

The Prime Minister, Shri Narendra Modi inaugurated the 26th National Youth Festival in Hubbali, Karnataka. The programme is being held on National Youth Day, which is celebrated on the birth anniversary of Swami Vivekananda, to honour and cherish his ideals, teachings and contributions

Kerala has kicked itself into the Guinness Book of World Records by taking 4,500 penalty kicks in 12 hours. The Department of Sports and Youth Affairs made it possible for the football-crazy State to set the Guinness record at a Dream Goal penalty shootout organised at Payyanad Football Stadium at Manjeri

Bihar Government starts caste survey: Caste surveys have been started by the Bihar government in several regions of the State, according to Nitish Kumar

NASA’s new chief technologist to serve as principal advisor to Administrator Bill Nelson on technology policy and programmes at the space agency’s headquarters is A.C. Charania

KVP is a saving certificate scheme which was first launched in 1988 by India Post wherein invested money doubled during the maturity period.

The amount (Principal) invested in KVP would get doubled in 120 months. The rate of interest is 7.2%.

It was discontinued in 2011 and later reintroduced in 2014. It is considered a part of the National Small Savings Fund.

The minimum amount that can be invested is Rs 1000. However, there is no upper limit on the purchase of KVPs

Ministry of Road Transport & Highways, Government of India is observing the Road Safety Week from 11th to 17th January 2023, under “Swachhata Pakhwada”, to propagate the cause of safer roads for all.