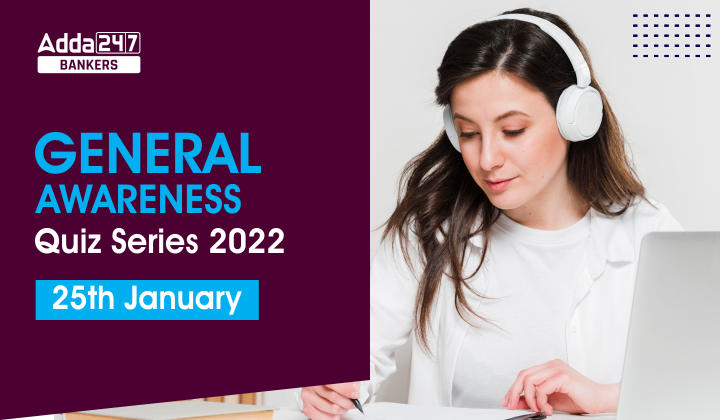 General Awareness Quiz Series 2023: 25th January: Hello Students, General Awareness is an essential part of all government exams. It’s better to prepare this section daily and revise the same using the factsheet provided. Bankersadda team has brought you up a new series in which we will come up with 10 questions and answers, other options of the question have related news to them. So don’t miss reading the solutions.

Q5. ________ is currently underway in the Indian Ocean Region. This operational level exercise is conducted biennially and witnesses participation not only by all Indian Navy units but also of Indian Army, Indian Air Force and Coast Guard assets.
(a) SAMPRITI
(b) DHARMA GUARDIAN
(c) TROPEX
(d) SURYA KIRAN
(e) INDRA

Q6. Consider the following statement regarding AMPHEX -2023
i. It’s a Biennial Tri-service Exercise Amphibious Exercise
ii. It’s aimed at joint training of elements of all three services in various facets of amphibious operations to enhance interoperability and synergy.
iii. It was the largest ever AMPHEX conducted till date.
Which of the following statment are correct ?
(a) i only
(b) ii only
(c) iii only
(d) all of the above
(e) none of the above

S3. Ans (e)
Sol. President Abdel Fattah el-Sisi is on a State visit to India from 24-26 January 2023 at the invitation of Prime Minister Shri Narendra Modi. President Sisi, who is on his second State Visit to India, will also be the Chief Guest on India’s 74th Republic Day.

S5. Ans (c)
Sol. The 2023 edition of Indian Navy’s major maritime exercise TROPEX, is currently underway in the Indian Ocean Region. This operational level exercise is conducted biennially and witnesses participation not only by all Indian Navy units but also of Indian Army, Indian Air Force and Coast Guard assets.

S6. Ans(d)
Sol. The biennial Tri-Services Amphibious Exercise, AMPHEX 2023 was conducted at Kakinada, Andhra Pradesh from 17 to 22 January 23. AMPHEX is aimed at joint training of elements of all three services in various facets of amphibious operations to enhance interoperability and synergy. AMPHEX 23 is the first time that the exercise was undertaken at Kakinada, and was the largest ever AMPHEX conducted till date. The participating forces undertook complex exercises in all domains of amphibious operations over five days. The exercise culminated in a successful Amphibious Assault which was reviewed by Vice Adm Sanjay Vatsayan, AVSM, NM, Chief of Staff, Eastern Naval Command, in the presence of Force Commanders of the Indian Navy and Indian Army.

S7. Ans(d)
Sol. ‘BharOS’, a Made In India mobile operating system is developed by IIT Madras.

S8. Ans (a)
Sol. The First Ever India Stack Developer Conference to be organized in New Delhi. India Stack is a multi-layer cluster of digital solutions – Aadhaar, UPI, Digi Locker, Co-Win, GeM, GSTN that have played a significant role in the digital transformation in India.

S9. Ans(b)
Sol. ‘Bharat Parv’ being organized by Ministry of Tourism, from 26th January to 31st January, 2023 at Red Fort, New Delhi on the occasion of celebration of the 74th Republic Day .

When you try to solve the questions in GA, all the options in questions have some current news. Try to recall it. This quiz is for revision purpose.

What is called general awareness?