Q6. Statements:
Only a few Pubg are Game.
All Game are Amazing
Conclusion
I: All Game is Pubg is a possibility.
II: All Pubg are Amazing.

Q7. Statements:
Only Ball is Apple.
No Ball is Cat.
Only a few Cat are Dogs
Conclusion
I: Some Apples can be Dogs
II: All Dogs can be Ball

Q8. Statements:
Only a few Silver are Gold.
All Gold are Car.
No Gold is metal.
Conclusion
I: Some Car are not Metal.
II: Some metal can be Silver. 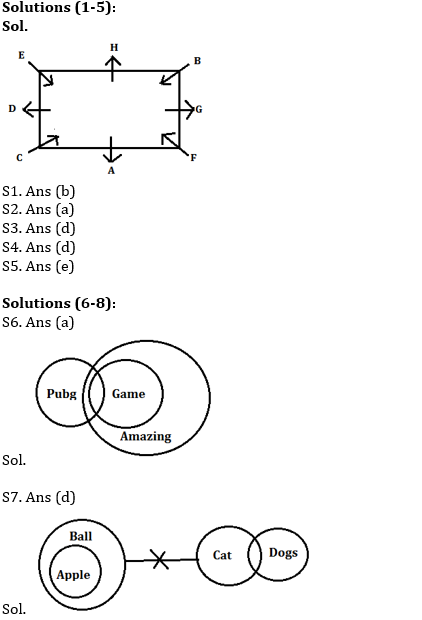 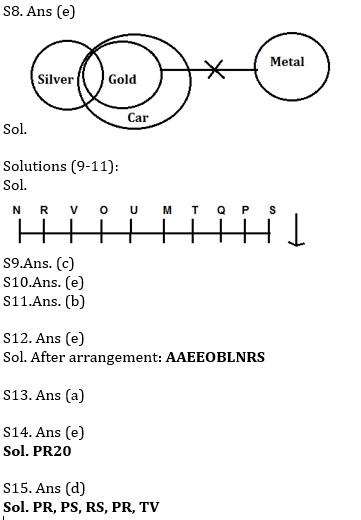