Q5. Four of the following five are alike in a certain way and hence form a group, which among the following does not belong to that group?
(a) A
(b) E
(c) S
(d) D
(e) T

Q6. If all the letters in the word “FUNDAMENTALS” are arranged in alphabetical order from left to right in such a way that consonants are arranged first followed by vowels, then how many letters are there in between M and T after the arrangement?
(a) two
(b) one
(c) none
(d) three
(e) four

Direction (12-13): Study the following information carefully and answer the given questions:
Five persons A, B, C, D and E travel in a car, each of them has different weight. More than two persons are lighter than D. B is heavier than A but lighter than E. No one lighter than C. D is not the heaviest person. 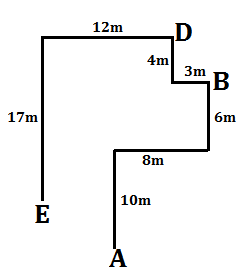