Q9. If the person is now facing west direction, then in which direction did he started walking initially?
(a) North
(b) West
(c) East
(d) South
(e) None of these

Q11. If all the vowels of the word ‘CONFIDENCE’ are replaced by its succeeding letter according to the English alphabet and all the consonant are replaced with their previous letter according to the English alphabet and then all the letters are arranged in the alphabetical order in such a way all vowels are arranged first then all consonant are arranged. Then which of the following alphabet is third from the right end?
(a) M
(b) J
(c) F
(d) B
(e) E

Q13. The position of how many alphabets will remain unchanged if each of the alphabets in the word ‘QUANTITATIVE’ is arranged in alphabetical order from left to right?
(a) Four
(b) One
(c) Two
(d) Three
(e) None 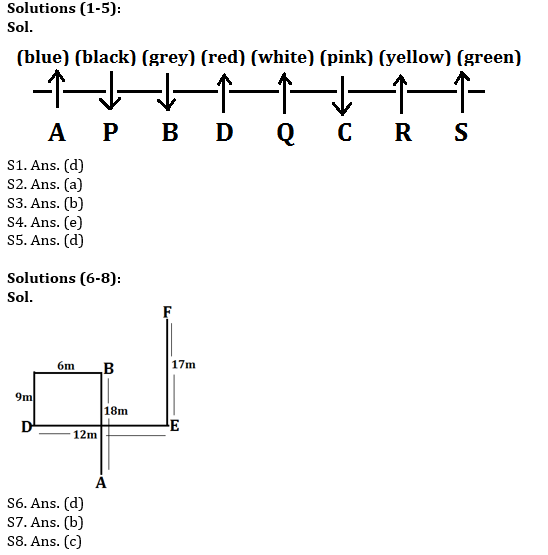 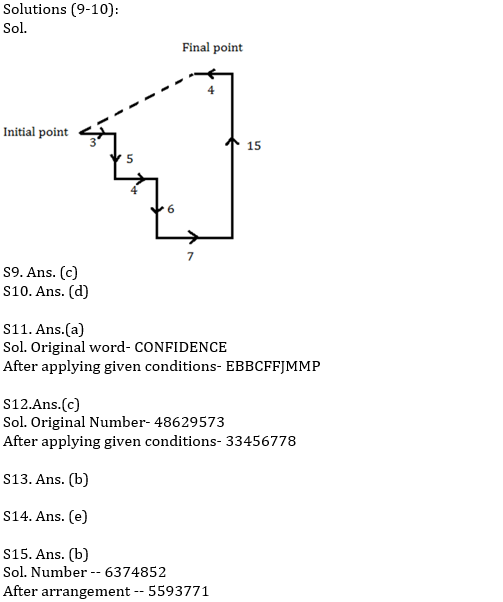