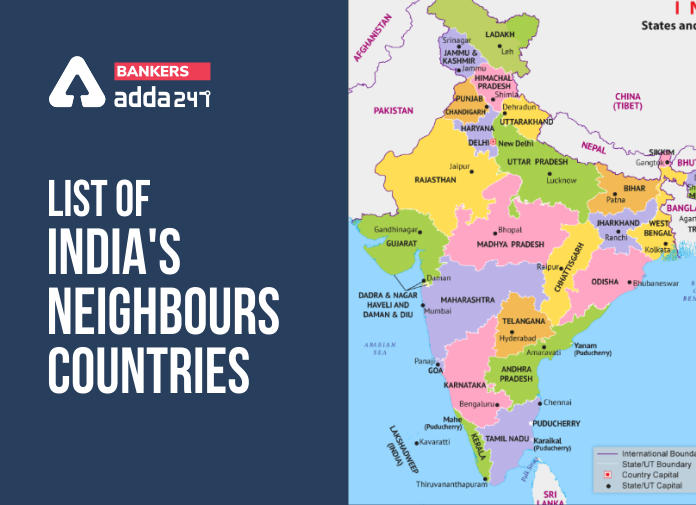 Static General awareness is very important from exam point of view and one of the topic that is asked in exam is the List Of India’s Neighbors Countries. Before diving in further in this topic let’s understand the physical background of India. India is located in southern Asia and it is the second-most populous country in the world after China. In terms of area, India is the 7th largest country in the world in terms of area.  It is covered by the Indian Ocean on the south, the Arabian Sea on the southwest, and the Bay of Bengal on the southeast. The total land border of India is of 15,106.7 Km and a coastline of 7,516.6 Km including island territories.  Now that we have basic knowledge about the India, let’s take a look at the list of Neighbouring countries.

Overview Of Neighbouring countries of India

Given below is the complete overview of Neighbouring countries of India which will act as a quick revision for you.

Given below is the complete list of India’s Neighbouring countries.

Given below are the capitals of the neighbouring countries of India. This list is also important as question are also asked based on this in different exams.