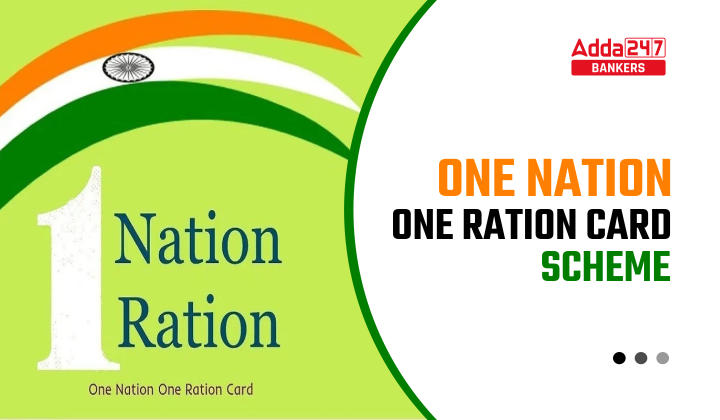 One Nation One Ration Card (ONORC) is a technology-driven scheme which is being
implemented by the Central Government for the nationwide portability of ration cards under
the National Food Security Act (NFSA).

It is to address the difficulties of migrants, this system for intra-State and inter-State portability of ration cards was launched by the Government of India on August 09, 2019.

At present, ONORC is effectively implemented in all 36 States and Union Territories,
making food security portable throughout the country, with Assam becoming the last state to
have it implemented.

It is under Ministry of Consumer affairs, Food and Public distribution.

❖ The Department of Food and Public Distribution (DFPD) received the Prime Minister’s
Award for Excellence in Public Administration, 2020 for the ‘One Nation One Ration
Card’ scheme.

❖A specially customized Android Mobile App on ONORC “Mera Ration” has also been launched for the benefit of all NFSA beneficiaries. The application provides multiple functionalities and makes portability of ration easier, specifically for migrant NFSA beneficiaries. The application is now available in 13 languages.
❖ To make the beneficiary aware of the benefits of the ONORC, a vigorous awareness generation campaigning – in Hindi & Regional Languages has been carried out.
❖ A 5-digit ‘14445’ toll-free number is also available in most States/UTs under ONORC.