Q2. A, B and C alone can finish a work in 10, 12 and 15 days respectively. They managed to complete ⅓ rd of the work in 3 days. Now they decided to take a leave of 1 day and work alternatively either in pair or individually. Then find the minimum number of days required to finish that task (Given, all of them do not work together)

Q4. A & B together can complete a work in

while B & C together can complete the same work in

. A alone starts work and after 8 days B replaced him. B did the work for next 12 days and the remaining work is completed by C in next 5 days, then find time taken by A, B & C together to complete that work, if C work with 50% of his usual efficiency?

Q5. A contractor was given a contract of completing a task in 60 days. He hired 40 men for completing the task. At the end of 36 days, he realized that only 50% task has been completed. So, in order to complete the task in the contracted time he hired more men. How many more men are hired by contractor to complete the task in contracted time?
(a) 20 men
(b) 18 men
(c) 25 men
(d) 12 men
(e) 16 men

Q7. Anurag & Ayush together can do a work in

Q10.  Shivam invested Rs 3 lac in a scheme which is providing interest rate of ‘r’% per annum at CI and this scheme doubles the sum invested in 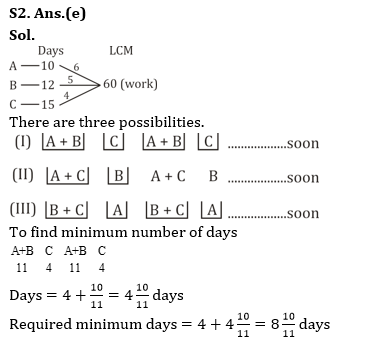 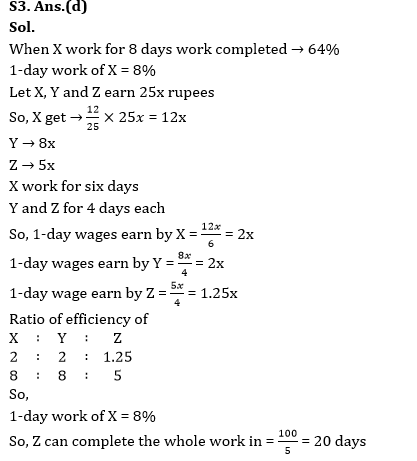 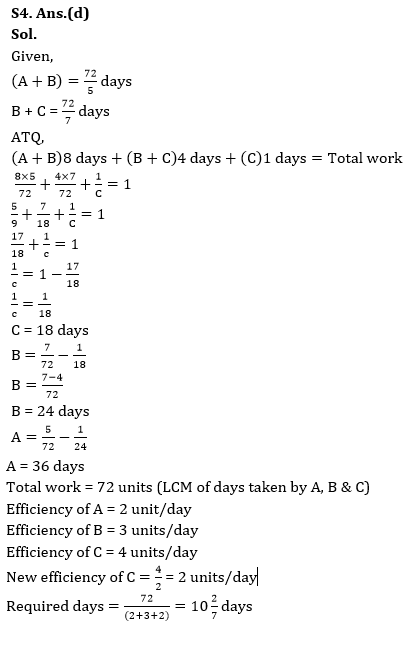 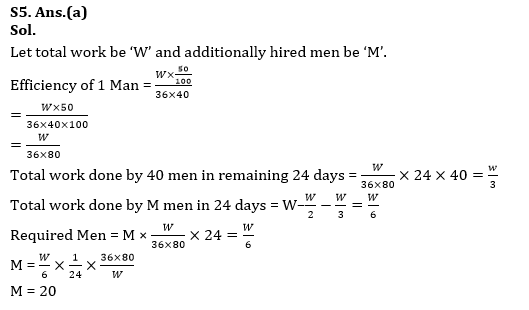 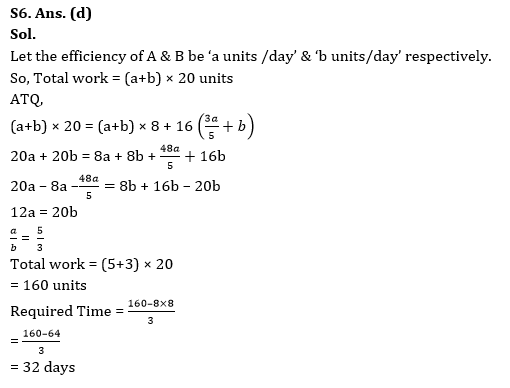 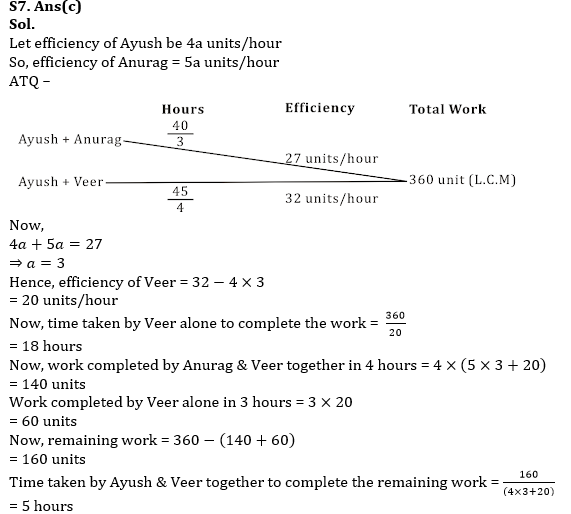 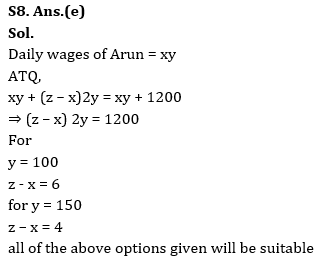 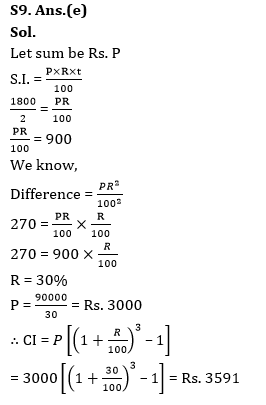 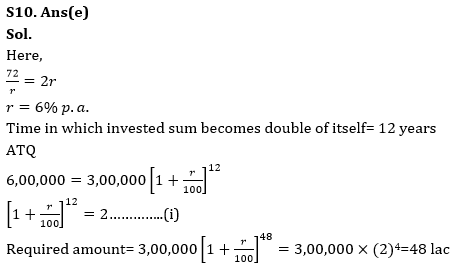 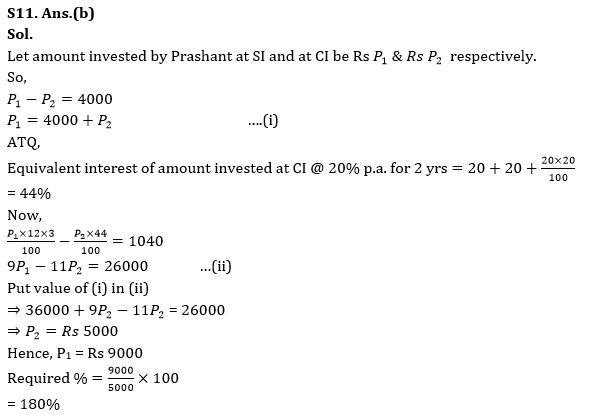 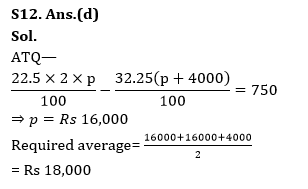 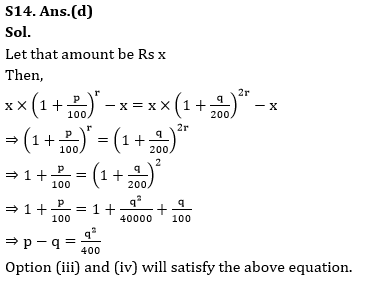 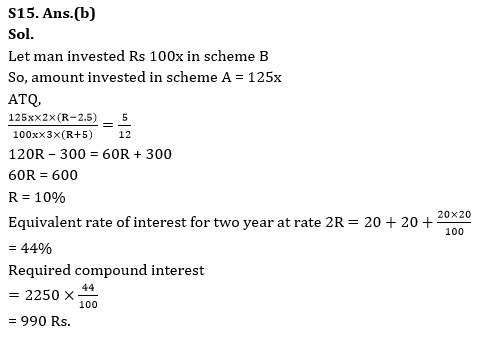