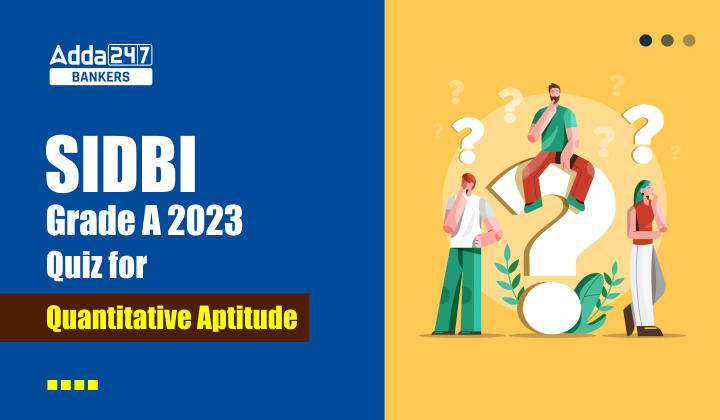 Q4. Average weight of group of some children increases by 1 when 2 children join them. If instead of these 2 children another 2 children join the group, then average decreased by 1 but total weight becomes more than initial weight. If difference between the sums of weight of 2 children of previous one to later one is 14 then find the initial number of children in group.
(a) 7
(b) 5
(c) 3
(d) 6
(e) None of these

Q5. A right-angled triangle, having area 42 cm², is rotated along its base, as an axis, formed a cone. Curved surfaced area of such cone is increased by

Q10. Difference of speed of boat in downstream and upstream is 7km/hr and the time taken by the boat to travel 45 km in downstream is 80 minutes more than the time taken to travel 13 km in upstream. Due to cyclone, speed of current becomes twice and thus it can cover D km in upstream in time which is equal to new speed of current. Find D? (note∶speed of boat in still water is multiple of 5)
(a) 30
(b) 24
(c) 18
(d) 21
(e) 27 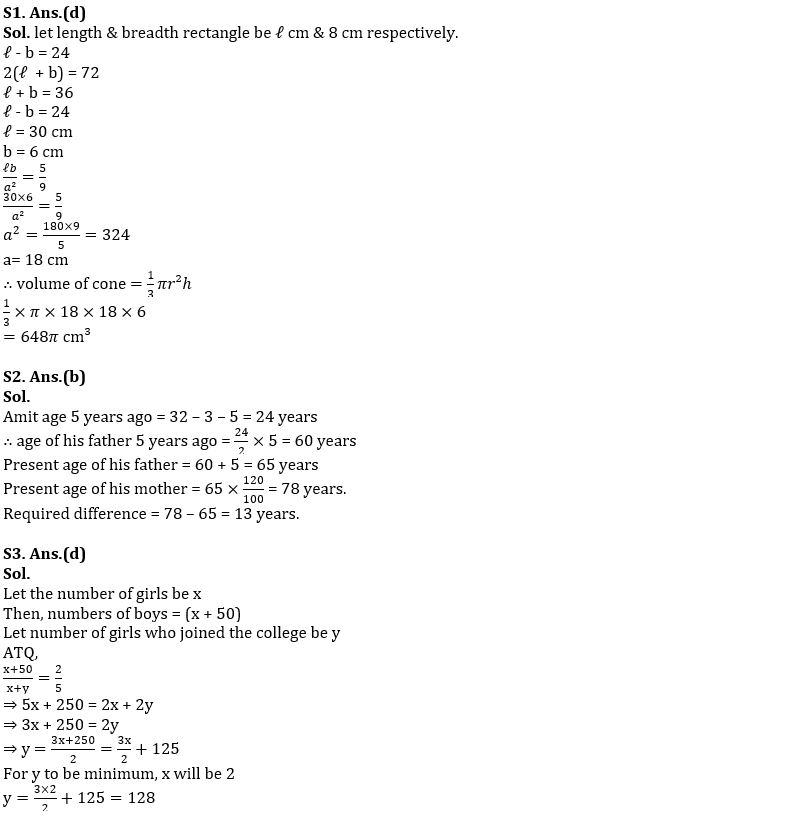 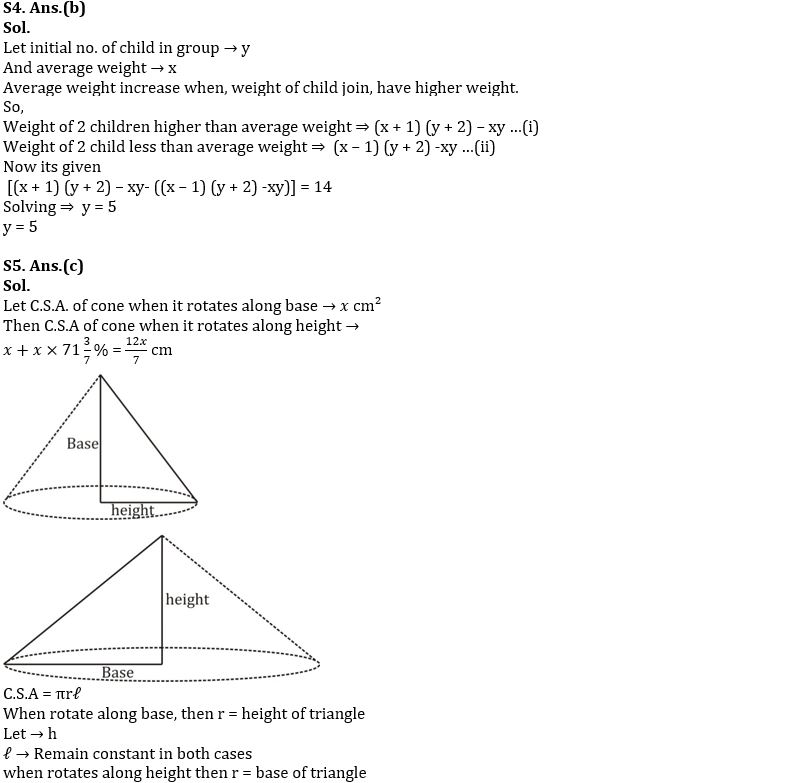 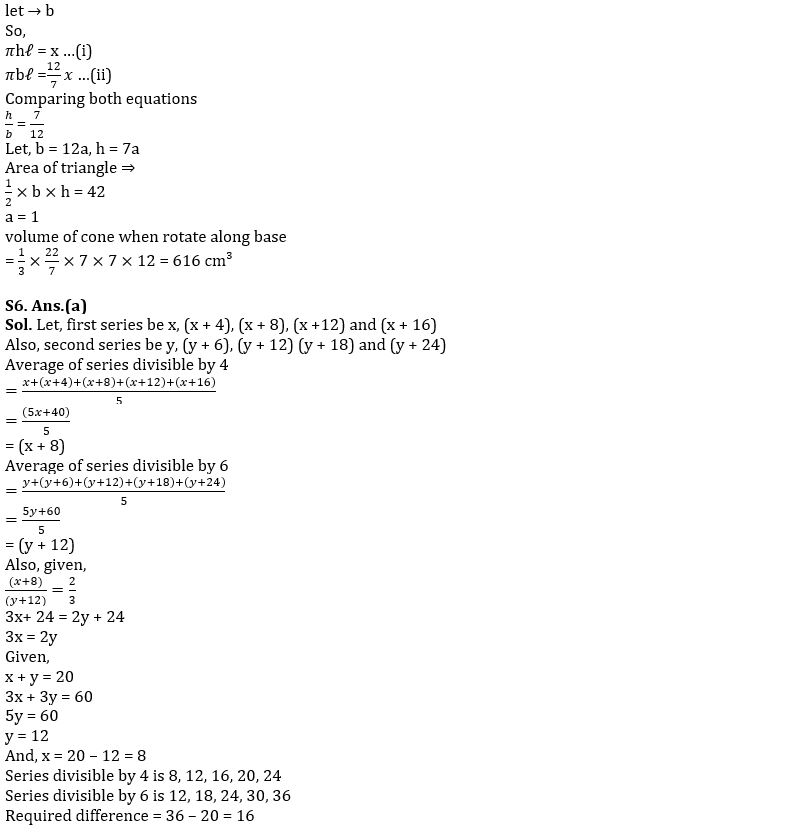 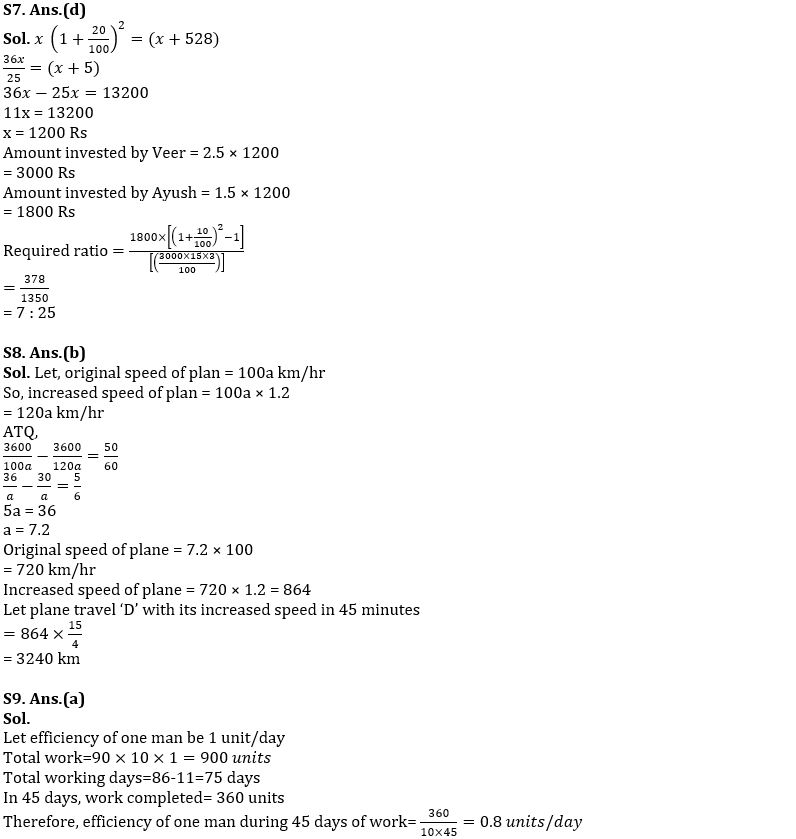 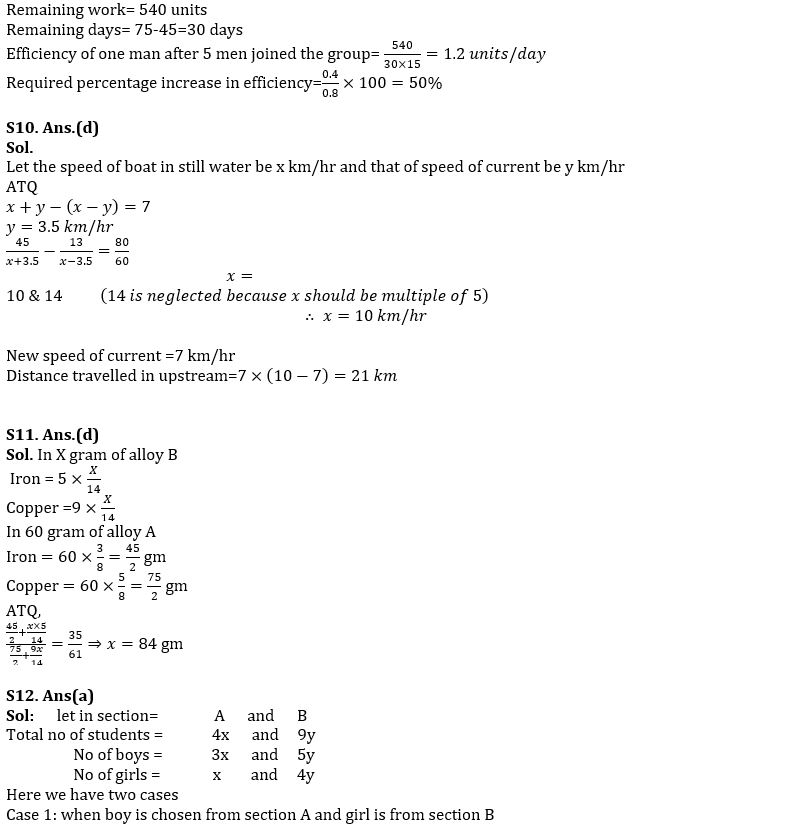 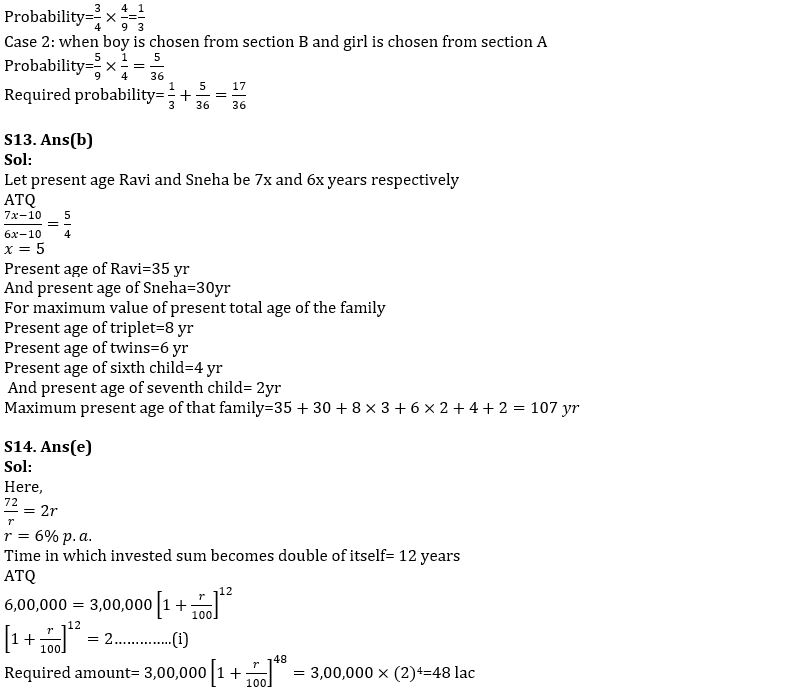